WATCH: A large tent city went up in downtown Nanaimo Thursday that homeless say they won’t be taken down without a fight. It follows the dismantling of a tent city on the grounds of Nanaimo City Hall back in March that homeless say didn’t achieve the results they were fighting for.

Armed with tents and a resolve to stay as long as it takes, homeless people set up camp in a vacant lot across from downtown Nanaimo’s Port Place Mall Thursday in an act of open defiance of city bylaws.

“Today we are establishing a tent city that we’ve been planning for a couple months,” said homeless activist Mercedes Courtoreille.

Neighbours watched in shock as the group began removing fencing.

“It’s one thing people doing a protest but its another thing when they start damaging property,” said neighbour Ed Singer.

Then with signs in hand, protesters began to occupy the city-owned land.

“It all seemed to happen within five to 10 minutes,” said Singer

This is the second tent city to be erected in downtown Nanaimo in recent months.

The first, in March, sprawled dozens of homeless people’s belongings on the grounds of Nanaimo City Hall. It was dismantled after 10 days when the city issued eviction notices and approved $350,000 in funding to help the homeless.

Yet many of those that set up camp said they felt they were being brushed aside.

Now living scattered across the mid-Island city, they say they’re joining forces again with the help of activists from Victoria and Maple Ridge’s tent cities.

“I’m really excited about it really,” said homeless woman Vicki Tardif. “Because this one is really organized and there are people helping us that aren’t homeless.”

Their goal is to stay until each homeless person in Nanaimo has a home. Yet that’s a number they expect to grow by the day.

“I’m expecting at least 40 in the next week,” said Mercedes Courtoreille.

“Well I hope for as many as possible,” said Tardif. “Too many to arrest put it that way. That’s what we need,” she said.

The tent city has already caught the attention of the city and RCMP, but the group says this time they won’t give up their ground without a fight in court. 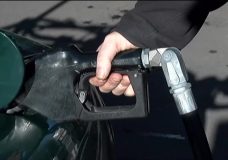 High cost of driving is a hot topic among drivers and B.C. politicians 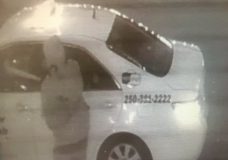