WATCH: The final push is on in Nanaimo-Ladysmith, as campaigns give it all they’ve got ahead of Monday’s hotly contested federal byelection. As Skye Ryan reports, new polling for the Green Party suggests it may no longer be the NDP stronghold it once was.

The Green Party’s Paul Manly has never felt so good about his chances.

“Let’s send some reinforcements to Ottawa,” Manly told a cheering crowd outside his campaign headquarters.

On the final campaign weekend ahead of Monday’s byelection in Nanaimo-Ladysmith his team is fuelled by some positive new polling.

Data that if to be trusted, which recent elections have shown polls often can’t be, the Greens are way out ahead in the race.

“I can pretty much guarantee that we will come first or second,” said Manly’s campaign manager Ilan Goldenblatt.

“I was happy to see it,” said Green candidate Paul Manly.

“But I’m not taking it for granted.”

It would be a historic result in the riding that is traditionally an NDP stronghold.

“I really believe in what you feel on the ground,” said Green Party leader Elizabeth May.

“And when you’re talking to people. And there’s definitely a buzz.”

The polling was done May 1 by Oracle Poll Research, with a sampling size of 500 people in live calls within the riding, with a margin of error within 4.4 points.

According to the poll, the Greens have scrambled a 14-point increase since March and are widening their lead over the NDP that the poll suggests are losing support.

“I mean I’m doing the work and I’m letting people know about the experience I have especially on the environment.”

Shaking hands in downtown Ladysmith Saturday, Chamberlin said he’s confident the NDP will hold on to the riding.

Liberal candidate Michelle Corfield said the Liberal vote can’t be counted out either.

“I am the only one that can deliver a seat at the table,” said Michelle Corfield.

“I am the only one who has the opportunity to bring Nanaimo-Ladysmith issues to the current government while they’re sitting.”

As this mid-Island riding decides its course going forward, Monday’s byelection may prove if polls have finally gotten it right or are out of touch once again. 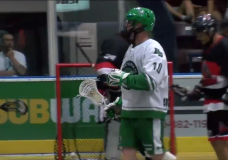 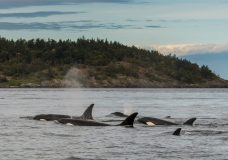