WATCH: A new baby hugging program at Victoria General Hospital is helping high-risk infants from all over Vancouver Island. The program is the first of its kind in B.C. and as Tess van Straaten tells us, it’s already making a difference.

Baby Gabe has spent the first 11 months of his young life in the intensive care unit at Victoria General Hospital.

The Duncan infant was born with a rare neuromuscular disorder ? only the third known case in the world.

And now, little Gabe and the hundreds of other high-risk babies treated at Vic General every year are getting some extra love.

Island Health has launched a new baby hugging program at the hospital.

Volunteers cuddle, rock, play with and stimulate babies in the neonatal and paediatric intensive care units, often for several hours at a time.

“I think it’s a dream job for many so I feel pretty lucky,” says volunteer baby hugger Kayla Uzzell. “Just to see them smile, and be with them, it’s really amazing!”

Victoria General is the first hospital in British Columbia to take part in the national baby hugging initiative, which is aimed at making sure sick infants get all the hugs they need.

“These are the most critically ill kids from around the Island and they’re flown in from the smaller communities around the Island and arrive here and their parents are often exhausted,.” says Dr. Jeff Bishop of the Paediatric Intensive Care Unit. “They’ve been up for three, four days at a time and they need a break.”

All of the extra touch is already making a huge difference in the baby’s lives.

“There’s tremendous research demonstrating the power of hugs and touch on the growth and development of newborns,” says Emily Gruenwoldt of the Canadian Association of Paediatric Health Centres, which has partnered with Huggies to facilitate the No Baby Unhugged program in Canada.?

As volunteers help give babies the best possible start in life, they’re quick to point out that all the hugging is also benefiting them. 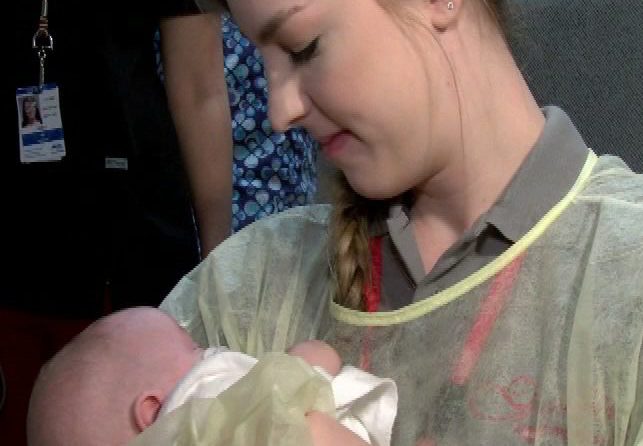 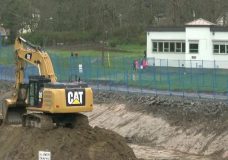 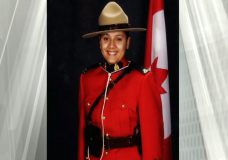 One year after her death, 200 pay respect to Cst. Sarah Beckett