WATCH: For the past week, a mystery artist has been adding to the driftwood sculptures at Esquimalt Lagoon. CHEK News has found the man behind the driftwood that’s drawing crowds. Kori Sidaway has more.

Beachgoers in Colwood are delighted by a mystery artist who’s using driftwood to create something special on the Esquimalt Lagoon shoreline.

?I think it’s fantastic, I have no words for it. I don’t know if it’s the same man whose built the one down the beach…” wondered Pipi, a local beach-goer.

But it’s a new artist is in town.

Paul Lewis is normally working in Fort McMurray. But lately, he’s had a tough time finding consistent work there.

?I was supposed to fly out tomorrow, but that job hasn’t panned out. So, we’ll see what happens, but until then, I’ll just keep creating artwork,? said Paul.

Paul usually sticks to acrylic painting. But, with some extra time on his hands, and inspired by the now-legendary “McGnarly the Beach Ent,” he decided to do something a little different.

?I just came down here for coffee on Friday and saw McGnarley and I had a screw gun and some screws in my car. I decided to do something, so I created the eagle there. So every day I come down here and do a different bird,” Lewis said.

With volunteer helpers in tow, Paul is elevating the west coast beach for all visitors.

?They’re cool?.I like the white part when they’re made from the shells,? said youngster Ripley.

To Paul, whose trade is scaffolding, it’s like assembling a different jigsaw puzzle compared to what he’s used to. And with work in Alberta on hold, he just might have stumbled upon another way to make a living.

?I actually had about four phone calls last night and this morning about people that wanting pieces in their yard. One lady wants some killer whales in her yard in memory for her late grandfather, so I’ll look into that,? Lewis said.

But for now, he’s making people’s day. One stick at a time. 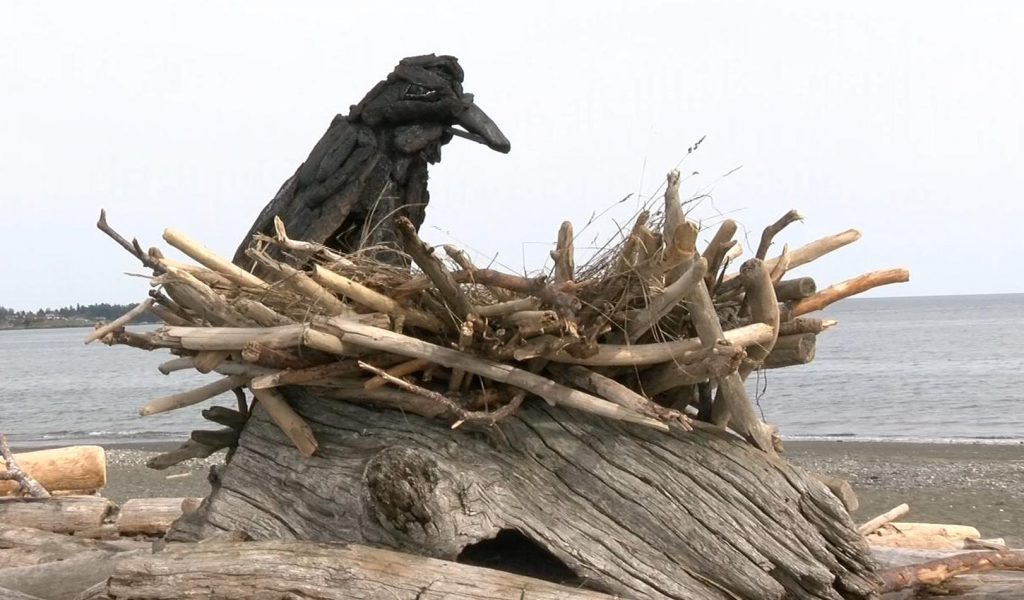 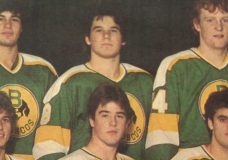 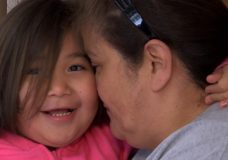