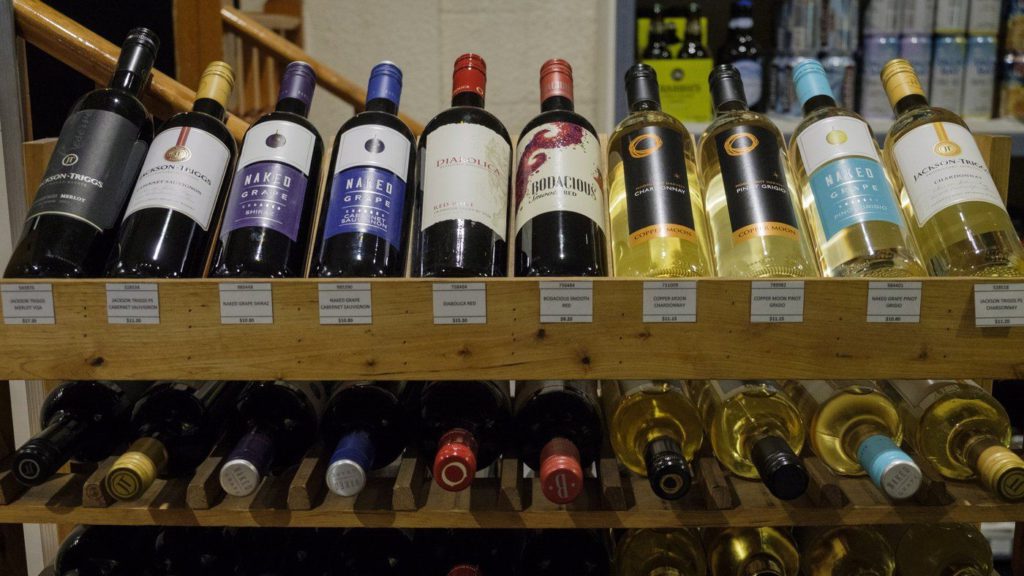 THE CANADIAN PRESS/Jeff McIntosh
Representatives from Canada's alcohol industry say mandatory warning labels are not needed on booze containers as suggested in guidance that greatly reduces the amount Canadians should be drinking due to health risks including seven types of cancer. Bottles of British Columbia wine on display at a liquor store in Cremona, Alta., on Feb. 7, 2018.

A report on new drinking guidance from the Canadian Centre on Substance Use and Addiction recommends warning labels be affixed to bottles and cans to inform consumers about serious health risks including cancer, the number and potency of drink servings contained and limiting consumption to two drinks a week.

The advice updates Canada’s guidelines set in 2011, when two drinks a day were considered low risk and it was believed that women could safely consume up to 10 drinks a week and men could have 15.

Now, up to two drinks a week are part of the low-risk zone and the focus is on a continuum of risk associated with weekly alcohol consumption.

The CCSA says the risk of harm is moderate for those who consume between three and six standard drinks and increased for people who down every additional drink beyond that.

“Consuming more than two standard drinks per drinking occasion is associated with an increased risk of harms to self and others, including injuries and violence,” says the report, released Tuesday.

The guidance is based on the findings of a panel of 23 experts who reviewed nearly 6,000 peer-reviewed studies as part of a two-year process that also considered feedback from 4,845 people during an online public consultation process in spring 2021.

The most recent available data show that alcohol causes nearly 7,000 cancer deaths each year in Canada, with most cases being breast or colon cancer, followed by cancers of the rectum, mouth and throat, liver, esophagus and larynx. Liver disease and most types of cardiovascular diseases are also linked to alcohol use.

It’s a significant shift that could benefit from clear labelling on alcohol containers to inform drinkers of the risks, says the centre. But the suggestion found immediate pushback from Canada’s alcohol industry.

CJ Hélie, president of Beer Canada, said the industry is voluntarily informing people to drink responsibly so there’s no need for labels.

“A number of Canadian brewers, including a number of our members, have voluntary health warning labels or pictographs on packaging dealing with warnings against drinking while pregnant and driving while intoxicated,” Hélie said.

Catherine Paradis, interim co-chair of the CCSA’s guidance, said the experts used internationally renowned methodology that was suggested by the Public Health Agency of Canada and reviewed by Health Canada. Australia used the same approach for its low-risk drinking guidelines, she added.

“We did not receive any critique that would have required us to redo our analysis,” Paradis said of feedback during the public consultation period.

The CCSA, which announced its proposed guidance last August, said the industry was given an opportunity to participate in the public consultation process.

Rob Taylor, spokesman for Wine Growers Canada, said the group did not take part in the consultations. He said it launched an online initiative called “The Right Amount” in November to educate consumers about responsible drinking and how to calculate the number of standard drinks in a glass or bottle of alcohol, depending on the volume and percentage of alcohol.

“We’re encouraging people to track the number of standard drinks that they’re consuming and to make informed decisions about alcohol and their health,” he said.

Wine Growers of Canada is developing a QR code that could voluntarily be placed on alcohol containers to direct consumers to the site, which also warns alcohol use can be associated with increased long-term risk of serious illness and that harmful consumption can negatively affect relationships.

Paradis called the QR code a marketing tool and disagreed with its focus on binge drinking rather than the risks of low levels of consumption. Advice should come from health experts, she said.

“They should not be the ones responsible for informing the population about the health risk of alcohol, no more than I should be responsible for brewing their beer or marketing their wine,” she said, adding consumers need information “at the point of pour.”

“All psychoactive substances that are legally available in this country are labelled, except for alcohol. Why is that? People have a right to know.”

Paradis said rather than waiting for regulatory changes, the industry could voluntarily place warning labels on alcohol as called for by the CCSA.

Michael Goldney, who co-owns the Lucky Bastard Distillers in Saskatoon, decided in 2015 to include the national low-risk drinking guidelines and the number of standard drinks on all alcohol containers.

“The feedback we got from our customers was quite positive. From our perspective, it didn’t really make sense to tell people to please enjoy responsibly,” the former family doctor said.

“At the end of the day, we want our customers to have the best information. And we’ve always said that our customers are no good to us dead or in jail.”

Goldney said he would update his labels with the new guidance.

A federally funded study published in the Journal of Studies on Alcohol and Drugs in 2020 suggested warning labels reduce consumption. It was based on three types of rotating labels affixed to alcohol containers at a liquor store in Whitehorse, where per capita sales of labelled products dropped by 6.6 per cent compared with those at a control site in Yellowknife.

This report by The Canadian Press was first published Jan. 17, 2023.

Canadian Press health coverage receives support through a partnership with the Canadian Medical Association. CP is solely responsible for this content. 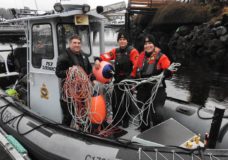 'It was basically hog-tied': Humpback whale rescued from fishing gear near Port Hardy 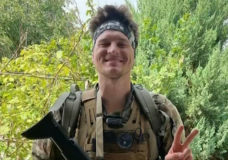