Now they can add one more killer whale to that number.

A transient orca calf was spotted earlier this month swimming with its mom and brother in the Salish Sea.

The video was shot by staff at Ocean EcoVentures of Cowichan Bay.

“Bigg’s killer whales abound in the Salish Sea this spring. We were even lucky enough to see the newest member of the population.”

The Center for Whale Research (whaleresearch.com) says 2017 was a big year for sightings of Transient killer whales in the central Salish Sea and Puget Sound.

The group says some of the increase can be attributed to increased public awareness but that the Transient population is on the rise.

“Contributing factors include growth in the West Coast Transient killer whale population as well as a plentiful supply of food in this area.”

Although similar in appearance to the Southern Resident orcas, their diet is quite different

“Transient killer whales rely on marine mammals (seals, sea lions, porpoise, etc.) for their food supply. Even though these whales face some of the same threats as the resident killer whales (in particular, toxins accumulating in their bodies due to their diet of marine mammals that consume fish), the West Coast Transient population is increasing in size.” 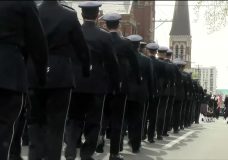 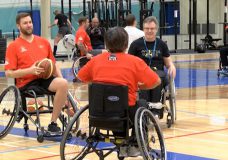