“I thought oh my god, this is going to be a huge impact on the whole industry across the country,” said Love Dodd, director of operations at Dodd’s Furniture. “I pretty much jumped out of my chair with disbelief.”

Effective May 5, provisional tariffs of 296.5 per cent and 101.5 per cent were imposed on both leather and fabric furniture coming from China and Vietnam.

“We’ve already lost about a couple hundred-thousand dollars in paying tariffs that we didn’t account for at all,” said Dodd. “It was something that was done immediately and it didn’t give us a chance to catch up and reorganize our shipments and business.”

In an email statement, the CBSA told CHEK News the tariffs are in response to a formal complaint filed by a Canadian furniture manufacturer, saying the products are being dumped into Canada unfairly priced.

“Canadian producers have the legislated right, under the Special Import Measures Act (SIMA), to be protected from unfairly priced imports, including goods that have been dumped and/or subsidized.”

Dodd’s Furniture says the issue will be many Canadians can’t afford made in Canada goods.

It’s not just customers are walking away, its orders are now being cancelled, leaving shortages in retail.

Dodd explained that Canadian manufacturing companies can’t produce items at the rate companies from overseas can.

The CBSA says there is an investigation into the dumping and subsidizing of imports, with a decision to be made by August 3, 2021. 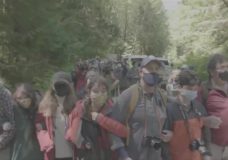