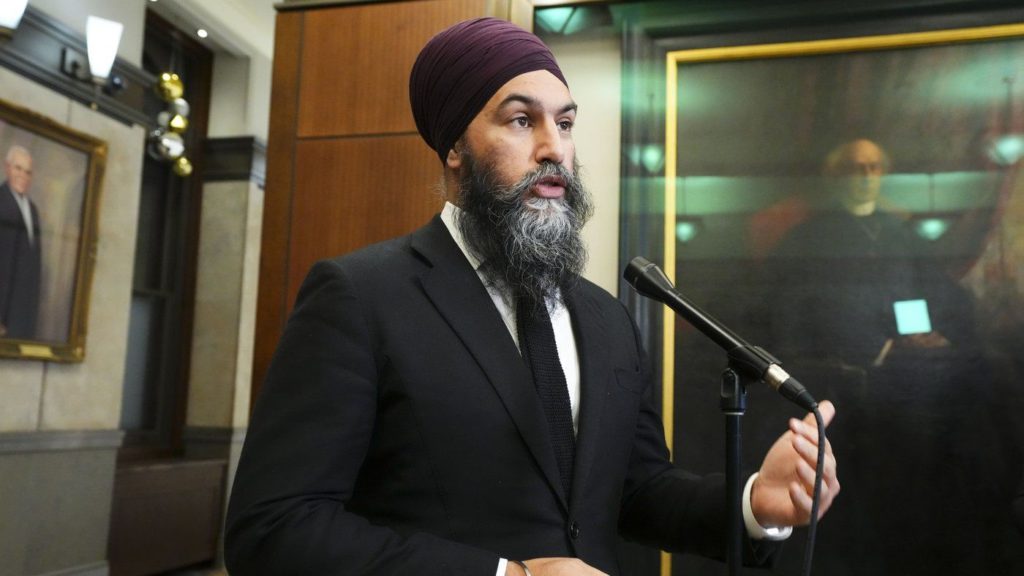 THE CANADIAN PRESS/Sean Kilpatrick
NDP leader Jagmeet Singh speaks to reporters in the foyer of the House of Commons on Parliament Hill in Ottawa on Wednesday, Dec. 14, 2022. The federal New Democrats are kicking off their three-day caucus retreat today.

NDP Leader Jagmeet Singh says Justin Trudeau is waging a war against the working class and he plans to leverage his party’s agreement with the Liberals to protect working people.

Singh addressed his caucus on Wednesday in a speech that heavily focused on the struggles faced by everyday Canadians and touched on the party’s traditional values such as strengthening unions and defending public health care.

“Workers are the backbone of this country and they deserve respect,” Singh said. “If you work a job in this country, you shouldn’t go hungry.”

He accused the prime minister of dismissing the struggles families are facing, including decades-high inflation, rising grocery prices and lack of access to health care.

“You can’t even find cold medicine for your children. Right now it feels like this war against workers,” he said.

He also accused Trudeau of allowing some of the country’s premiers to dismantle medicare by introducing publicly funded but privately delivered health-care service, and called on the federal government to ban privatization as part of the ongoing health-care funding negotiations with the provinces.

“We’re going to push every day for action to bring down inflation, to protect the environment and fix and expand universal public Canadian health care,” Singh said.

The Prime Minister’s Office did not immediately respond to a request for a response.

Last March, the New Democrats signed a supply and confidence agreement with the Liberals, in which the NDP agreed to support the minority government in key votes until 2025.

In exchange, the Liberals promised to support NDP priorities such as introducing a pharmacare bill by 2023, implementing a national dental-care program and supporting energy workers who may be affected by environmental policies.

The NDP claimed wins after the Liberals introduced cost-of-living policies last fall, including dental-care subsidies for children under 12 in low-income households, one-time supplements for low-income renters and a temporary doubling of the GST tax rebate.

Singh said he plans to use the agreement to advance outstanding items in the coming year.

His 30-minute speech got a standing ovation from the NDP caucus, which is meeting for three days as it prepares for Parliament to resume at the end of the month. Singh did not take questions from the media, but he’s expected to address reporters on Thursday.

“This NDP caucus is going to fight like hell for workers and families,” he said.

“And then I’m going to run for prime minister.”

This report by The Canadian Press was first published Jan. 18, 2023. 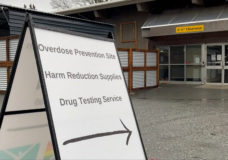 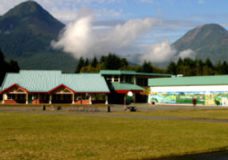