October 17, 2020 updated
Chek
WatchIn the BC election campaign home stretch, there were more candidate controversies for the BC Liberals and BC NDP to use federal firepower in left-leaning Island ridings.

With just over a week to go until election day, the final campaigning push is underway.

The BC NDP brought in the big guns, federal NDP party leader Jagmeet Singh flew in to help campaign in the historically tight riding of Courtenay-Comox before campaigning in BC Green leader Furstenau’s home riding of Cowichan Valley.

“The Island’s really important to me and it’s important to show folks that we care,” said Singh to CHEK News.

“And if it means that the Green party leader loses her seat? Well, politics is not bean bag as they say.”

The move puts the BC Greens, who are riding the momentum of a strong showing at this week’s leaders’ debate, on the defensive.

And despite seeing a record-breaking month for in party fundraising, support for the BC Greens in the polls is still low.

“One can well appreciate that BC Greens are very unhappy at the breaking of the confidence and supply agreement, and understandably at a human level want to punish the NDP and support the BC Greens.”

And while the BC Greens hope to sway undecided voters, the NDP released an ad featuring former BC Green Leader Andrew Weaver, overtly backing his old party’s political opponent.

“I would expect it would be bad news for the BC Greens,” said Will Greaves, a political scientist at UVIC.

“It seems unlikely that they will be able to keep as many votes or keep the entirety of their coalition together without the support of their previous leader who was integral to their electoral success in the last few elections.”

Meantime, Liberal leader Andrew Wilkinson was also under fire from within his own party for taking too long to cut ties with Chilliwack-Kent candidate Laurie Throness who equated the NDP’s free contraception plan to eugenics.

“He resigned and that’s the end of the matter as far as I’m concerned because I went and made that call with the intent to end his candidacy,” said Liberal leader Andrew Wilkinson today.

Throness clarifying today that his name will still remain on the ballot, and intends to run instead, as an independent.

“It certainly doesn’t help the Liberals because they lose momentum, they’re having to deal with another fire to put out,” said Black.

All in a day, in an early race to the finish line, as a third of BC votes early by mail in this pandemic. 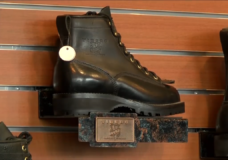