There is a growing concern in Nanaimo with COVID-19 spreading rapidly among the homeless and vulnerable.

Three temporary social housing complexes are trying to contain the spread, but those who live there say the conditions make it nearly impossible to self-isolate.

Of the nearly 80 residents living at the supportive housing on Labieux Road, at least 18 have recently tested positive for COVID-19.

Ronny Arndt says his spouse is among them and he’s worried.

“Absolutely I’ve been with this woman for four years and I love her to pieces,” said Arndt.

Arndt says it’s a difficult place to isolate for those with COVID-19 with shared washrooms and eating areas in trailers that were built before the pandemic began.

“Next to impossible, like in the singles buildings, here all the [air circulation] vents go from one room to another,” said Arndt.

He says many of the surfaces are conducive to proper cleaning protocols.

Those living on the street are also getting sick at the same time.

“[Those with] the flu with COVID-like symptoms five to ten people that I know that I’ve seen first hand,” said Robert Orr, who fears for his housing security. “There’s nowhere to isolate. There’s nowhere to live down here for the homeless people.”

A volunteer with the Nanaimo Area Network of Drug Users says outreach workers have told her the homeless who test positive are being told to self-isolate in parks.

“The really stupid thing about this is housing is a lot cheaper than medical care for people so when they end up really sick they end up in the hospital and it’s minimum $1,500 a day,” said Ann Livingston.

In a release, BC Housing says it’s working with partners to open more locations where people without homes can self-isolate indoors.

“Again, should’ve been done months ago. We saw this fourth wave starting to hit back in the summer. We knew it was coming. We had just come out of a third wave why did they not have this planned?”

Island Health says there is a COVID-19 safety plan at the social housing sites and it’s working closely with BC Housing and partners to ensure there are options for people with no fixed address to access the health care services they need.

Ardnt says with COVID-19 spreading in his facility he’s seen no staff some nights recently with minimal security.

Despite that Ardnt says there is a couple of staff who go above and beyond. “I personally am super grateful for it. It’s the only reason I’ve been fortunate enough to stay here.” 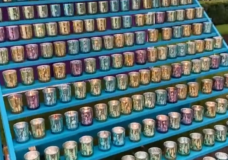 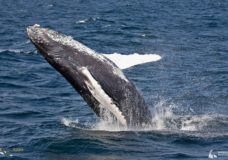