Steam rises high over Nanaimo’s skyline on Saturday, as workers at Harmac Pacific pulp mill race around the clock filling orders for medical-grade pulp, a key material for hospital masks, gowns and curtains.

The demand for the medical-grade pulp has surged as countries around the world continue to deal with the COVID-19 pandemic. Harmac has seen its orders double, with most of those orders coming from the United States.

Levi Sampson, president of Harmac Pacific, said what is being produced at the Nanaimo mill will eventually make its way to health care workers on the front line, including American workers just south of the border.

“These products are eventually going to make their way to the front lines,” Sampson said, adding. “There are shortages everywhere, as we know. Doctors, nurses around the globe are saying they’re running out of supplies.”

Harmac’s employees are working hard to ensure enough pulp is produced for those who need, regardless of where it is headed.

“This is a global problem,” Sampson explained. “This is not a Canadian problem. It’s not an American problem.”

However, Sampson insisted that products that can save lives, such as the pulp made in Nanaimo, should be shared.

“Everybody should be working together,” he said.

But it’s not just large companies like Harmac that are stepping up in the fight against the coronavirus. Even the most vulnerable on Vancouver Island are doing their part to help workers.

Among them are dozens of seniors in Nanaimo, including those at the BC Pensioners and Seniors Organization, who are sewing isolation gowns and masks for workers at long term care homes.

“I truly believe they are heroes,” said Sharon Rose, a Nanaimo senior who has already sewn two hospital gowns for workers on the front line. “These people that are putting themselves at risk are just amazing people.”

Susan Jarvis, treasurer of BC Pensioners and Seniors Organization, said it is awesome to see so many seniors chip in and help out.

“Everybody is just so willing, and these are all seniors,” Jarvis said, adding. “We’re supposed to be the most vulnerable people. One of our people that’s doing the sewing right now is well into her eighties.” 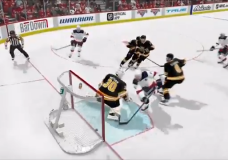 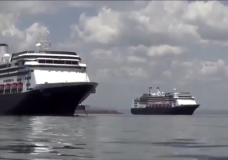