December 11, 2020 updated
File Photo
A Nanaimo woman is without pain for the first time in four years after a recieving a new medical procedure in Saskatchewan.

A Nanaimo woman says she is free of pain for the first time in years.

More than four years ago, Chelli Morris developed a rare condition that left her in chronic pain.

“There was no way I could even walk my dog for even just to the end of the driveway and back,” said Morris.

The intense pain came on suddenly in September of 2016.

“Got to the hospital there and it was just the start of four years of terrible,” said Morris.

She was diagnosed with Loin Pain Hematuria Syndrome, a rare condition that has no known cause or cure.

It was destroying her quality of life and the many medications she took did not help much.

“I would blackout from the pain. I would throw up 5 to 10 times daily on a good day.”

Finally, Morris found out about a new procedure and, after getting Health Canada’s approval, she flew to Saskatchewan last week to be the second person to undergo the treatment as part of a research project.

“We know that this technique works with patients with loin pain. I don’t think we have a doubt but to make it mainstream we have to do what is called a randomized control trial,” said Dr. Bhanu Prasad, a Nephrologist and Researcher on a video call from Regina.

The procedure sees radiofrequency energy destroy the nerve fibres from the kidneys.

“So what is happening is that the kidney is still the source of pain but the brain isn’t sensing the pain because the traffic between the kidney and the brain has been interrupted,” said Dr. Prasad.

Morris says she awoke from the procedure pain-free.

“It was truly unreal and even now I still have trouble getting my head around that this is real that it’s not a dream. My boys were able to come give me running hugs when I got home which I haven’t had in four years. That was huge,” said Morris.

Morris urges others who suffer from the syndrome not to lose hope and for people in pain to advocate for their health.

Morris says people can help further the research with a donation to the Hospitals of Regina Foundation with a note that it’s for Dr. Prasad’s research.

In September some chronic pain patients had treatments at St. Paul’s hospital delayed due to the pandemic. 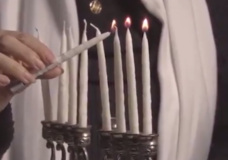 Hanukkah 2020 celebrations to be both different, and the same 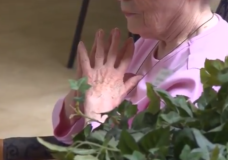