It’s been a particularly bad week for overdoses in Nanaimo with the city seeing an overdose spike since Sunday.

On Sunday, Island Health issued an Overdose and Drug Poisoning advisory after recording more than a dozen in one day.

The BC Coroners Service confirms it’s investigating four deaths in Nanaimo that are potentially from illicit drugs.

Mike Venn is a drug user who says what he’d really like to hear is more information about the reason.

“Whether it’s different drugs than what the people are signing up for, whether it be cross-contamination or purposely putting it in the drugs or if it’s really strong fentanyl,” Mike Venn, who’s been battling drug addiction for six years.

At least three have happened in the city’s core and one beside the Millstone river Wednesday.

“We know that our community members struggle, particularly stigma around mental health concerns or people who use substances. I think we do need to start thinking differently about how we respond as a community,” said Allison.

A drug user advocate says safe supply and destigmatization are keys to protecting lives. They’ve been setting up a tent in Nanaimo for users to use safely at night and say the opioid crisis should get more attention.

“It has a shockingly low amount of attention paid to it and the deaths from overdose have now far exceeded Covid and yet it’s still both a combination of enraging, embarrassing and just grief-stricken people that are losing so many people that die,” said Ann Livingston.

“These initiatives are rather new and it takes time to train providers and in fact socializing providers to that method because safe supply in any setting seems to be controversial but compared to a toxic drug supply where people are dying, I think it’s a very important intervention.”

Island Health is currently tendering service in Nanaimo for a safe place for those who smoke drugs instead of injecting them.

“I think a more proactive approach would be to have those testing abilities in everybody’s hands. They could do it themselves,” said Venn.

Venn says it’s a scary time to be using and he’s close to people who lost friends this week to overdoses. Island Health also issued a drug overdose advisory in Greater Victoria Friday.

Island Health says it doesn’t yet know what type of drugs are causing the overdoses. 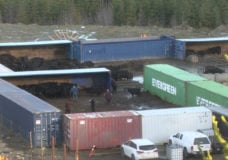 'Among the worst I've seen': BC SPCA seizes 216 cows in distress from Shawnigan Lake property 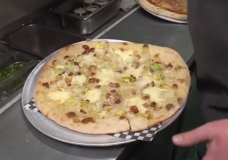