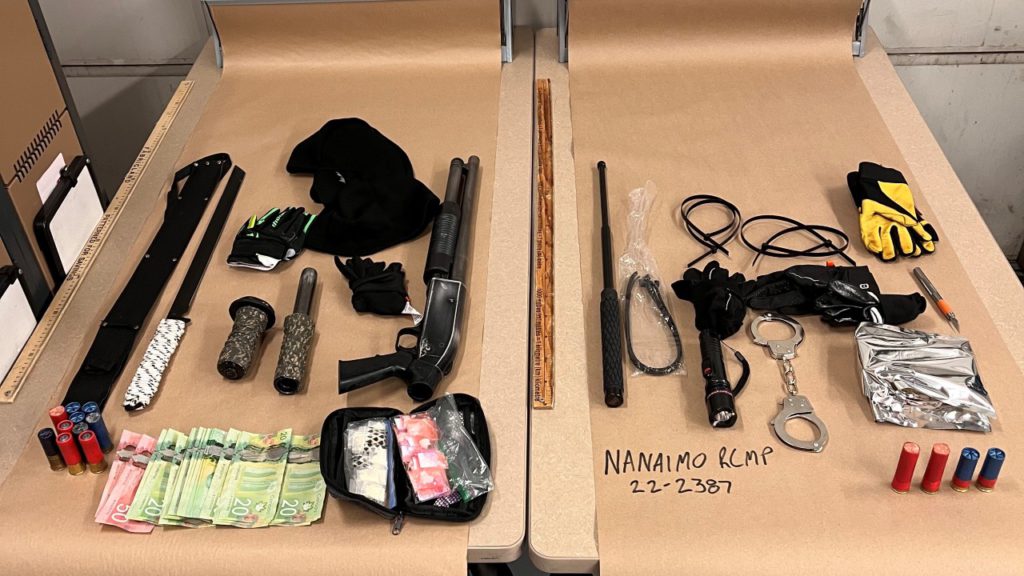 Nanaimo RCMP has seized a variety of weapons, drugs and a homemade improvised explosive device after pulling over a suspicious vehicle for a traffic stop.

The traffic stop took place in the early hours of Saturday, January 22 in the area of Bowen Road and Meredith Road in Nanaimo.

Police were doing proactive patrols when officers observed what they described as a “suspicious vehicle.” Officers determined that the vehicle did not have valid insurance and police initiated a traffic stop in order to investigate further.

A homemade “improvised explosive device” was also found in the vehicle. Nanaimo RCMP say that the Explosives Disposal Unit was consulted and it was recommended that the device be taken to a nearby field until the proper authorities could attend and safely destroy it.

“This is an excellent example of General Duty Officers in Nanaimo conducting a thorough investigation of a suspicious vehicle that went from a straightforward charge under the Motor Vehicle Act charge for no insurance, to apprehending three persons and getting several extremely dangerous weapons off the streets,” said Constable Gary O’Brien of the Nanaimo RCMP.

The suspects arrested were a 31-year-old male from Vernon, a 23-year-old male and a 28-year-old female, both from Nanaimo. Charges are pending and the investigation is ongoing, note police.

All of the individuals were later released while the investigation continues. 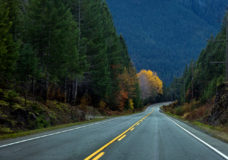 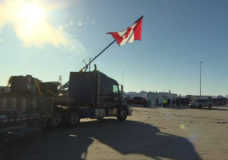