Posted: Mar. 30, 2020 7:06PM
CHEK
WatchNanaimo RCMP are seeing a sharp rise in domestic disturbance and violence calls in the wake of COVID-19, as tensions escalate in homes.  As Skye Ryan reports, alarmingly the calls to 911 are often being made by kids.

Paper hearts and messages of hope brighten windows everywhere in the COVID-19 pandemic, but something much darker is happening behind closed doors in some homes as well.

It’s led to an increasing number of children calling 911 for help.

“But sadly we’re seeing children being subjected to these arguments that may lead to violence. That’s extremely concerning to us.”

RCMP say in recent weeks there have been 29 calls for domestic violence and disturbances. That’s a third higher than usual.
Several officers report that fights started over COVID-19, and with many people laid off and schools closed, there’s real concern about the situations in those homes escalating.

“It’s always during times of difficulty,” said the Executive Director of the Haven Society Toni Wheeler.

“It’s about coping mechanisms and things always get worse during economic downturns.”

“If you’re in a situation where there’s domestic violence you have to get out,” said O’Brien.

“Leave the house whether you’re self-isolating or not, you can not allow yourself to be subjected to violence,” he said.

Hearing that it’s kids making the calls to 911 now tells experts that kids have nowhere to escape their family troubles now.

“Children and youth don’t have an outlet anymore with schools being closed and daycares being closed,” said Wheeler.

“So where they would have had safe areas they no longer have.”

Victoria Police and Campbell River RCMP report no increase in calls for domestic disturbances and violence.

Yet Nanaimo’s Haven Society that helps victims of abuse across Mid-Vancouver Island, is bracing for a wave of women and children escaping violent situations.

According to Wheeler, if you need help, it’s there. Even if displaying symptoms of COVID-19, shelters from abuse have developed contingency plans in order to help people fleeing violence. 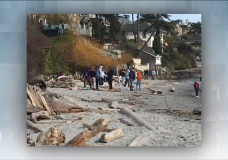 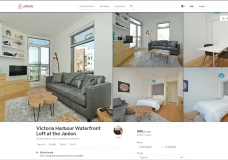