Nanaimo RCMP say following an arrest has been made in relation to the attempted abduction on March 24.

Bradley Dylan Boscariol has been arrested and charged with assault with a weapon and attempt to kidnap, and is being held in police custody until Monday.

“This incident outraged the community and our officers as well. The investigators were highly motivated to ensure justice was promptly carried out and that the person responsible was found and held accountable,” said Const. Gary O’Brien of the Nanaimo RCMP in a statement.

In a release, RCMP say an arrest was able to be made as quickly as it was due to the detailed description of the suspect vehicle the woman provided to investigators.

Working with Ladysmith RCMP, Boscariol was arrested at approximately 6 p.m. on March 25, and the suspect vehicle was taken into police custody.

“Having an individual arrested for this incident and in police custody within 24 hours, must be reassuring to the citizens of Nanaimo. Our investigators would also like extend [sic] their sincerest appreciation to the general public for their cooperation and assistance with this file, and to the very courageous and tough young lady who stood strong when faced with real adversity. In our books, she’s a rock star,”  said O’Brien in a statement.

On March 26, police executed search warrants at the residence associated with the accused in the attempted abduction.

With Boscariol in custody, investigators continue with the investigation and are asking for the public’s assistance.

Prior to the attack, the woman says she recalls seeing a black SUV with three male occupants drive slowly past her. This vehicle was last seen turning right from Dickinson Road onto Schook Road.

The woman also lost her brown leather backpack during the attack and it has yet to be found.

READ MORE: Nanaimo woman fights off abduction attempt after she’s struck in the head by stranger 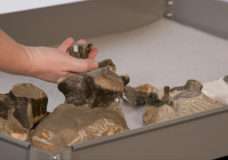 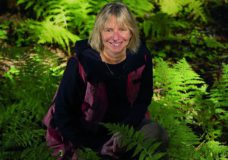