The labour shortage has been impacting a lot of employers including the Nanaimo-Ladysmith School District.

“We’re challenged to hire in just about all positions these days,” said Scott Saywell, the district’s superintendent.

According to the school district, speech pathologists, french immersion teachers and planners are among the tough-to-fill positions. But the one position that has become the hardest to fill is education assistants — people who work with children with special needs.

Saywell says the need for educational assistants or EAs is acute and in light of COVID-19 and more absences every day, some aren’t being backfilled at schools.

“The present board of education has increased supports for students in the classroom in a big way in the form of EAs which has further exacerbated the labour shortage that we see in a number of positions,” he said.

The shortage led to a new posting — called a responsible adult — this year to help fill in the gaps.

“The position provides for additional support for the classroom teacher without fulfilling the typical role of an EA or educational assistant. The plan is to ensure the safety and supervision of students during a shortage where we can’t fill the position and while we’re actively recruiting for Educational Assistant positions,” said Saywell.

The hope is that any responsible adult hires will take the evening courses required to become education assistants.

The union representing education assistants said they feel watering down the job requirements isn’t the way to go and instead the district should be making the job more attractive to hire people who are qualified.

Virtanen says EA’s lost a week of pay when spring break was extended several years ago and at 26 or 28 hours a week the job isn’t that appealing.

“What we’re hearing from our EA’s is the pay isn’t bad but it’s the hours. It’s that 26 hours. Most of our EA’s have a second job,” said Virtanen.

The school district says EA compensation is negotiated provincially but they earn between $27.16 to $28.37 per hour and they’d prefer hiring more EA’s over “responsible” adults. 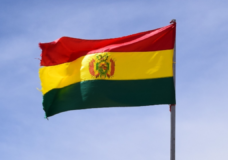 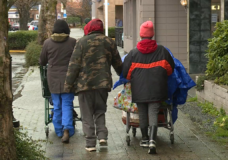