October 20, 2020 updated
CHEK
WatchA first of its kind program run out of Nanaimo's Loaves and Fishes Food Bank is generating more revenue than organizers ever dreamed and it's feeding thousands.

Sorters were up to their elbows in bottles and cans Monday at Nanaimo’s Loaves and Fishes Food Bank as they worked on an outside-the-box fundraiser to feed people from Chemainus to Port Hardy.

Instead of only appealing for cash donations to meet its growing need, the food bank has been accepting recyclable cans and bottles since 2017.

Empties 4 Food donation bins in the community are packed full, even during this pandemic, as people give what they can.

“I could never have predicted that we’d go to this level of empties,” said Loaves and Fishes staff member Alex Counsell.

“It’s a lot of work but it’s amazing the amount of money we’re getting.”

The food bank estimates volunteers have sorted 1.5 million bottles and cans so far in 2020 alone.

So many tonnes have come in that storage areas are packed and bins are still overflowing.

By the end of September, the food bank already cashed in $185,000 worth, more than doubling all of last year’s deposits.

According to Alex Counsell, the fundraiser took off during the pandemic, with people cleaning out their homes and garages and wanting to get rid of recyclables fast.

“It’s probably safer for people just to drop them and go rather than spend time sorting them at a recycling facility so super easy for people,” he said.

Beginning Monday the food bank will be leasing an empty lot on Nanaimo’s East Wellington Road to make room for the mountain of empties that keep pouring in and filling food bank distribution rooms.

“It’s a huge revenue source for us,” said Sinclair.

“Which is obviously good because we’ve got some pretty extensive costs as we’re accessing all of this food and getting it out to people across Vancouver Island.”

The record donations will go to buy food for struggling Island families.  A need that is expected to grow as the pandemic stretches on. 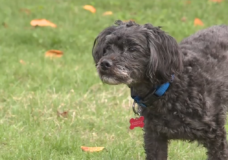 'I was instantly terrified': Small dog runs at cougar in Langford area park 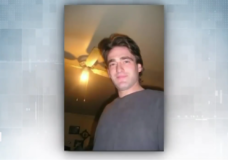