WATCH: A Nanaimo dog walker wants trapping rules changed after two of her dogs are caught in traps. Warning: This video contains disturbing content that may be upsetting to some viewers.

Kimberly Andrews was walking 13 dogs near Nanaimo Lakes two weeks ago when two of them got caught in leg-hold traps used to trap wolves.

“I knew immediately what it was.” she said.

“And where there’s two. there’s going to be at least eight more, so it was important to get the other dogs away but I didn’t know exactly where they were because they were buried.”

She managed to quickly free the first dog but the second dog, a black lab, was caught in one which was much harder to open up.

Growing frustrated and angry, Kimberly recorded the disturbing scene on her phone.

“I know it hurts. Yes I do. I can’t even imagine the pain you’re going through right now Buddy.” she can be heard saying in the video.

She was unable to open the trap on her own so she carried the heavy dog and trap to her vehicle where a nearby logging truck driver was able to help her. The dog was taken to a vet where he was treated for flesh wounds but no broken bones.

She says the BC Conservation Officers Service told her the traps are legal and the trapper has the necessary approvals to trap there.

Andrews warning is simple. She wants other recreational users in the area to be careful, but she also wants the Ministry of Forests, Lands and Natural Resource Operations to change the rules around trapping that would see trappers required to put up warning signs near their traps.

“I want signage out there,” she said. “I want trappers to be responsible and put signage up so the public, whenever they are out there, they can see a sign and say OK there are traps in this area, we’re not going to go in there.”

She acknowledges the incident happened on private land owned by Timberwest but says with the amount of people using forestry lands for recreation these days, it’s only a matter of time before someone else’s pet or a person gets seriously hurt. 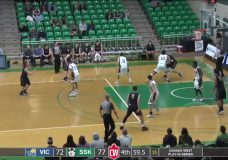 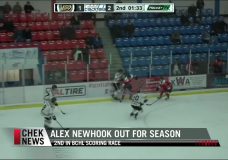 Grizzlies leading scorer out for season with broken wrist, could return in playoffs