Nanaimo company asks BC to use its fire suppression equipment

A Nanaimo business is asking the BC’s wildfire operations to use it’s innovative fire suppression equipment.

“When things do get desperate, when a fire enters a town, or is directly threatening a town, you can rapidly deploy them as a fire break almost instantaneously,” said FireBozz owner Rod Szasz.

FireBozz is a quick set-up sprinkler system to create a fire line.

Numerous fire departments have purchased and used the equipment but Szasz wishes the BC Wildfire Service was using it to fight BC’s Interior fires this summer.

“It’s extremely, can I say, distressing, slightly disconcerting when you look at the wild land fire situation here in BC and think there could be some scenarios, or a lot of scenarios, where the FireBozz rapid deploy water cannon could be utilized to protect buildings and assets,” said Szasz.

The FireBozz has been gaining recognition.  Fire departments in Western Canada have purchased 100 units so far. It was used successfully in fighting the Fort McMurray fire in Alberta last year.

“They worked awesome,” said Sundre Fire Chief Marty Butts. “They worked so well I purchased a whole ton of them for our community back home here so if we ever had a wild land fire come in we could set them up. They’re stand alone [so you can] walk away and be assured that you’re going to protect what you got them sprinkling around.”

But in an email back the Manager of Wildfire Operations says “during this extremely busy time… we are unfortunately not in a position to be able to consider testing new products, nor devote resources to creating new or amending existing operating procedures and manuals?.”

He recommends an analysis after the firefighting season is over which is normally in 6 weeks from now.

Szasz says he knows of other innovative fire fighting products that have also met BC’s Wildfire Operations barriers as well.

No one from the procurement area of the ministry was available to comment before our deadline. 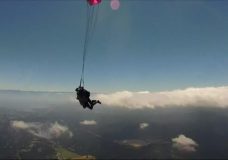 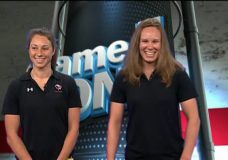