Myra Falls Mine poised to reopen

Nyrstar is poised to start mining at it’s Myra Falls site in the coming year after a two year suspension of mining and milling.

Unionized employees voted 79 % in favour of a new collective agreement last night. That was one of the conditions the company’s Board of Directors was trying to achieve as it works towards restarting the mine.

For Cliff Duval, a proud father of a new baby girl, who was recently laid off from the John Hart Dam project, he’s looking forward to the prospect of going back to his mining job of close to 10 years.

He’s among close to 350 employees who were affected when Nyrstar suspended mining at it’s Myra Falls site, southwest of Campbell River, more than 2 years ago.

But with zinc and copper prices rising the company is preparing to start mining at Myra Falls once again.

“When we shut down I think the price of zinc was somewhere down around 79 or 80 cents a pound,” said Bill Garton, Unifor President of Local 3019. “It’s currently at $1.27 which is a substantially good price for zinc.”

Last night’s collective agreement approval is for a new 4 year contract. It sees no wage increases and a few changes to contracting out and the pension.

“Both sides worked really hard at finding a way forward,” Garton said. “What do we need to do to get the guys back to work to get the mine up and running?”

They relate to provincial permitting and a desire to presell the mine’s copper.

“Their plan, last I heard, was they’re hoping to be milling by March,” Garton said.

But it’s expected the company will start rehiring staff in the next several weeks to get the mine operational again.

A reopening that will provide more jobs and money to the Campbell River region. 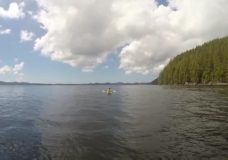 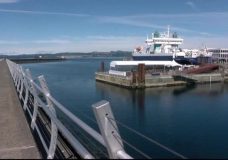 Victoria's got a great entertainment venue...and it floats