A triple-vaccinated elderly woman contracted COVID-19 while at a Vancouver Island hospital currently dealing with an outbreak, her family says.

Gwen Utgaren says her 85-year-old mother, Helen, was admitted to Nanaimo Regional General Hospital on Oct. 22. She was only supposed to be at the hospital for a short while, but nine days later her family says they were notified that Helen had become infected with the deadly virus while in quarantine at the hospital’s transition care unit.

“I’m worried for my mom,” said Gwen. “My mom went in there with a condition and now she has COVID.”

Island Health first declared an outbreak at the hospital’s transition unit ward on Nov. 1 after five patients were identified as having contracted the virus.

The unit where the outbreak was cares mostly for patients who are headed home to long-term care facilities soon, and are extremely health compromised.

“I almost expect a phone call saying she may have passed. I mean that’s the thoughts that go through your head,” said Helen’s other daughter Valerie Utgaren.

As of Saturday, seven patients in the unit and two staff members had tested positive for COVID-19. Sources inside the hospital told CHEK News the outbreak was expected to grow as the incubation period wore on.

“I know the people in there are doing everything they can,” said Valerie.

According to Island Health, it was not known how the virus got into the unit. But both Gwen and Valerie wonder if it was a visitor because they claim, there was no vaccine requirement for visitors going into the transition unit.

“I had my vaccine passport ready to show them. ‘Oh you don’t need that here.’ What? I was absolutely gobsmacked,” said Gwen.

“All the doctors and nurses who work so hard in there and they’re at their wit’s end and you have to show a vaccine passport to go have a meal and that should be standard.”

“When it wasn’t required in the hospital I was amazed, horrified,” added Valerie.

As for Helen, according to her daughters, she was extremely weak when they last spoke to her by phone on Friday, experiencing trouble breathing and was on oxygen. 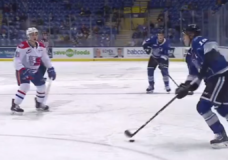 Victoria Royals excited for non-B.C. division showdown for the first time in 20 months 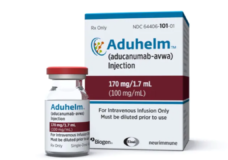