WATCH: Many new businesses are popping up around Victoria, thanks to Syrian refugees relocated here to Canada and working hard to start their new lives. Aaron Guillen has the story of two families who are making a name for themselves in their new country.

This Douglas Street parking lot is a long way from Syria, but it’s where Mahmud Hac is starting a new business.

It’s only been a week or so since opening day, but this day has been several years in the making.

Hac, his wife and five children arrived here about three years ago.

Without English-speaking skills, he tried construction, and even a cleaning service, but nothing stuck.

Then he met a local Syrian family that took them under their wing.

Before he knew it, he invested in a food truck and opened shop.

“It was my dream to open a food truck in Canada. At last, it has become a reality. I’m very glad, very happy,” says Hac.

But he isn’t the only one finding success.

Along Hillside Avenue, the Damascus Food Market is filled to the brim with Middle Eastern treats.

Open since March 2019, Mohammed Salem Ajah and Marwa Ajah they run the business with the next generation in mind.

They have four kids of their own.

“We like to do everything for our kids because it’s too hard to live here in Canada,” says Marwa Ataya, co-owner of Damascus Food Market.

“It’s very expensive for everything. We have to have our business to have a good life here.”

The family is among almost 500 Syrians who have arrived in Victoria since the fall of 2015. They’ve been in Canada for three years and have received help with resettling.

“In the time-frame of less than three years, these people are able to open a business and to speak English and to communicate with customers,” says Sabine Lehr, Private Sponsorship of Refugees Manager at the Inter-cultural Association of Greater Victoria.

Looking into the future, Hac has big plans for his food business.

“I hope to open a restaurant,” he says with delight.

Until then, he’ll be in this parking lot serving savoury Middle Eastern dishes, introducing a new audience to his beloved traditional flavours. 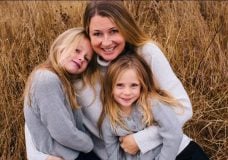 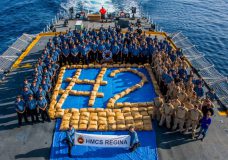