February 9, 2021 updated
CHEK
WatchAnxieties are running high in Nanaimo where COVID-19 cases are rising, as they drop elsewhere on Vancouver Island. Three Nanaimo schools now have clusters of COVID-19 and parents with kids in those schools are worried. Skye Ryan has more.

The school her eight-year-old son attends, Bayview Elementary in Nanaimo, has gone from a single COVID-19 exposure last week to a cluster of cases.

“It makes me nervous,” said Hardy, a mother of two.

So the Nanaimo mom decided to keep her son home for the week.

“We’re torn between if we want to pull him out or want him to stay,” said Hardy.

Three Nanaimo schools that were listed with single COVID-19 exposures last week have become COVID-19 clusters this week, with multiple positive cases including some transmissions in schools.

Island Health defines a cluster as “two or more individuals with lab-confirmed COVID-19 infection who attended school during their infectious period.”

The hardest hit school appears to be Bayview Elementary, which CHEK News has learned has at least seven positive cases. Qwam Qwum Stuwixwuhl School has revealed it has at least five cases while Rock City School has not revealed its numbers.

“Transmission is ramping up rather than tailing off here,” said Jeremy Inscho of the Nanaimo District Teachers Association, the union representing Nanaimo

According to the union representing Nanaimo teachers, educators are very worried.

“We just don’t have the space to physically distance right now,” said Inscho. “And again that’s what we’ve been told is the number one thing we can do is keep our distance.”

According to Island Health, the school clusters are a mirror of what’s happening in Nanaimo.

The region has become the hot spot for COVID-19 on Vancouver Island and contact tracing of COVID positive patients is revealing some disturbing trends.

“People are getting together for parties and birthday parties, getting together in large groups, camping [with] very many people together,” said Dr. Sandra Allison, medical health officer for central Vancouver Island.

“It’s really quite remarkable. You know people naming 15 and 20 people as contacts. While you and I and many of us are working really hard to keep our numbers low. There are other people who don’t understand, or are not able or are not willing,” she added.

It’s that kind of interaction that, according to experts, eventually leads to COVID-19 ending up in the classroom.

Meanwhile, Hardy doesn’t know when or even if she will send her son back to school. She says he has been identified as a medium exposure and she’s closely monitoring him for COVID-19. 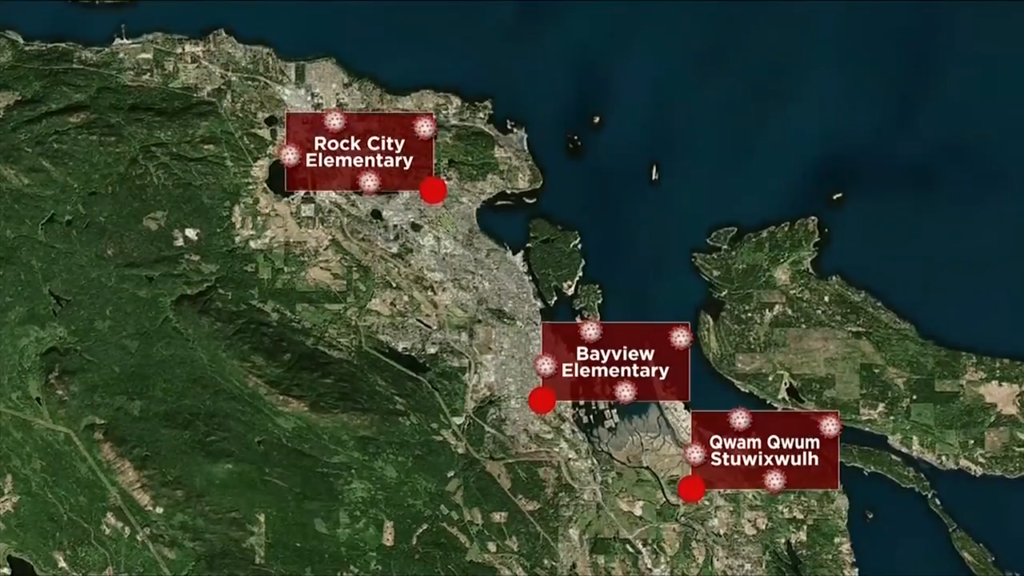 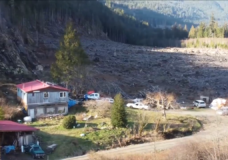 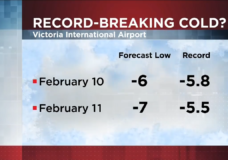 Polar vortex could lead to record-breaking cold on Vancouver Island