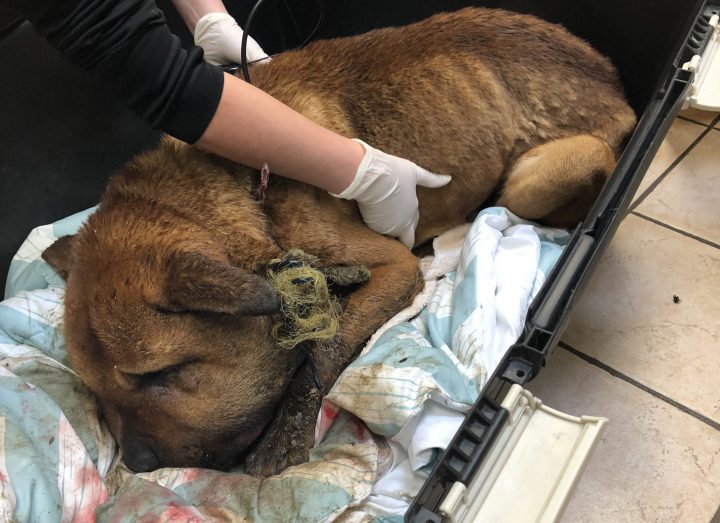 B.C. SPCA seized an emaciated, chained dog in critical distress on Feb. 16. His collar was embedded in his neck and the dog died two days later. Anderson Joe and Melissa Tooshley of Duncan have been charged with animal cruelty. Photo courtesy B.C. SPCA.

A disturbing animal cruelty case in the Cowichan Valley was brought to Ottawa’s attention on Thursday as the area’s member of Parliament asked the federal government to put in greater protections for animals.

A dog, named Teddy by his rescuers, was found starving and chained to a Duncan-area home in February. The BC SPCA said rope was cutting so deeply into his neck that it caused a massive infection. Teddy later died from his injuries. Anderson Joe and Melissa Tooshley of Duncan were charged with animal cruelty and will appear in court in April.

“This case of animal cruelty has profoundly impacted my community,” MacGregor said in Parliament on Thursday.

“In 2016, the minister of justice made a commitment to review the animal cruelty provisions of the criminal code. I ask when she’ll honour that commitment.”

“Our government is reviewing issues pertaining to animal cruelty provision,”

The BC SPCA called it the most shocking case they had seen. A group called United for Paws held a Cowichan Cares rally last weekend and said they are hoping to turn the tragedy into legislation. They would like the legislation to be called Teddy’s Law. 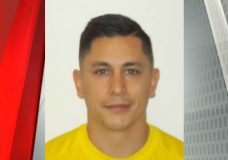