WATCH: A Nanaimo bathtub racer is worried that a recent theft could dash his chances at winning the upcoming Great International Bathtub Race. The motor Kurt Henderson has perfected over years, was stolen right off his bathtub Sunday night.

Kurt Henderson’s racing bathtub is like a babied classic car after all the years and nautical miles he’s put into it.

“Yeah eight years and to finally get into the top five is a big goal,” said the Nanaimo resident.

Thieves stole his super-modified Suzuki outboard motor right off his racing bathtub Sunday as it sat in his driveway.

“Kinda dumbfounded, like its a little shocking,” said Henderson

He’d worked on that motor perfecting it like a secret recipe to handle choppy waves and the bathtub-sized vessel at the same time. Now just weeks from the first race in the circuit leading up to July’s big event, this theft that has left his boat gutted.

Nanaimo RCMP say theft is a disturbing trend as boating season heats up.

“What we see this time of year is there is a significant increase in thefts of motors often from the backs of boats,” said Nanaimo RCMP’s Const. Gary O’Brien.

“A lot of thieves are patrolling neighbourhoods. They’re going through marinas and boat motors are well thought out because they get a lot of money. What we find [we] often see [after] two or three months, we’ll do a search warrant on a crack house and we’ll find 20 to 30 outboard motors.”

Yet for Henderson, the outpouring of support for him on social media and offers to help have now overshadowed the crime.

“I had a complete stranger offer me a new 9.9 Mercury motor just so I could compete,” said Henderson.

“So you forget about the anger side of it and just get encouraged to get back in it and do it again.”

However, he is still hoping that motor that’s carried his bathtub this far will make its way back to him so he can finally win the uniquely Nanaimo race he’s been working years toward. 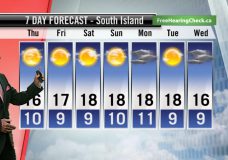 Ed's Forecast: Some cloud in the mix tomorrow and a little cooler 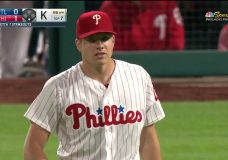