A Sooke mother fighting the province to fund medication to treat her six-year-old son’s rare form of juvenile arthritis confronted the health minister  on Wednesday night.

Jill Lanthier brought her son Landen to the meeting in Sidney where Adrian Dix was taking questions from the audience.

Landen suffers from a debilitating form of juvenile arthritis.

His mom says his current medication has not proven effective in dealing with his chronic pain.

She would like him to try another option not covered by PharmaCare in BC.

” I have a 6 year old boy, and he’s been denied three times for a medication that costs $19,000 a month,” she told Dix and the packed room at St. Paul’s Church.

The Health Minister thanked her and said he understood she was not happy with the decision made by a panel of doctors in her son’s case.

“I’ve dealt with a series of cases in different areas that are like this, and my answer is always the same,” said Dix.

“I think the decision should not be made by politicians and patients , it should be made in scientific medical processes.”

Dix told the audience that the province spends $1.4 Billion on prescription drugs every year and must make decisions based on the best medical advice.

After the meeting, Lanthier said she was disappointed with Dix’s response and believes that, in her son’s case, he does need to step in.

She argues the panel who denied Landen the costly medication weren’t qualified to make the ruling.

” I’ve been at this for five or six weeks now and he hasn’t acknowledged me,” she said.

“So my knees were shaking, I felt like i was going to faint, but it was one step in the right direction.” 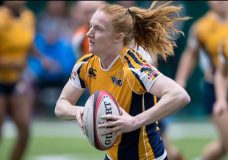 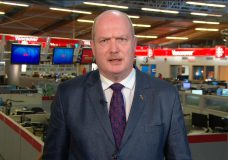