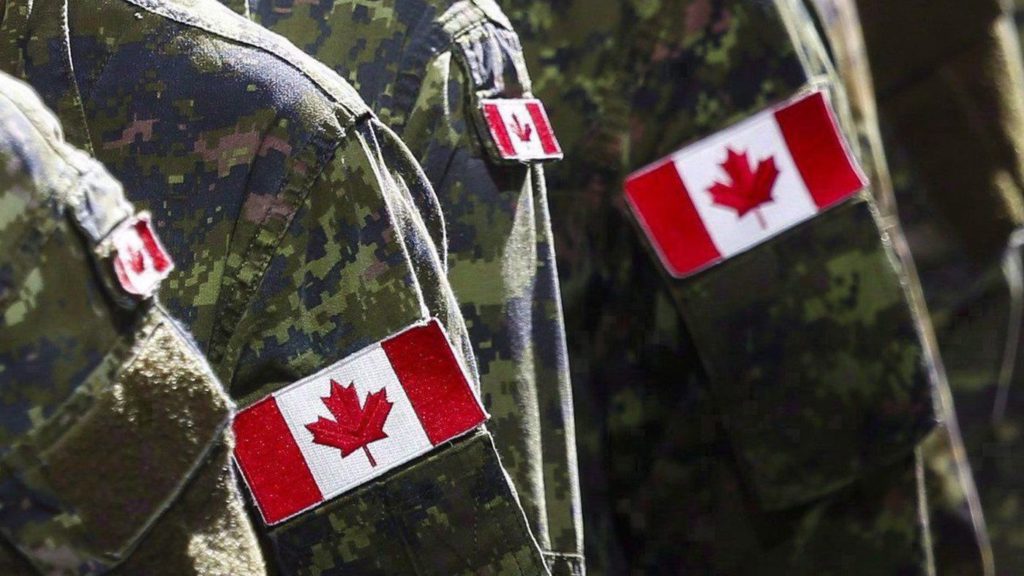 THE CANADIAN PRESS/Jeff McIntosh
Canada’s military watchdog says his office has received fewer than a dozen complaints from service members about the Armed Forces’ vaccine requirement, and that an investigation into each has found no foul play.

Canada’s military ombudsman says his office has received fewer than a dozen complaints from service members about the Armed Forces’ vaccine requirement, and that he has not found any issues with how it is being enforced.

The Canadian Armed Forces since December has required that all troops receive two shots of a recognized COVID-19 vaccine or face disciplinary proceedings, including forced removal from the military.

While the vast majority of service members have bared their arms for shots, more than 1,100 have not. Several hundred of those have since hung up their uniforms, either voluntarily or involuntarily, with more on their way out.

Despite those numbers and the stakes involved, Canadian Armed Forces ombudsman Gregory Lick says only 10 of the more than 1,800 individual complaints received by his office over the past year related to the vaccine requirement.

Of those, he added, none were found to have constituted undue unfairness to the affected Armed Forces member.

“That’s not a tremendous amount,” he said in an interview. “Particularly when we’ve looked at the individual complaints and found that they were treated fairly well. … There doesn’t seem to be a systemic issue in the application of the policy.”

Created in 1998 in the aftermath of the Somalia scandal, the military ombudsman’s mandate is to assess whether government and military policies affecting Canadian troops are fairly and equitably applied.

While the ombudsman has previously investigated systemic issues, with a study on access to mental health services for reservists underway, Lick indicated he has no plans to conduct a similar review of the vaccine requirement.

Lick said the 10 complaints — and his office’s investigations into them — have revolved around individual cases, the majority involving troops facing expulsion after their request for a medical or religious exemption was rejected.

In each case, he said, investigators found the process unfolded in a fair manner.

“An appropriate rationale was provided in detail,” he said. “The one that I remember looking at individually was very detailed in terms of the rationale and why this person could not receive an exemption.”

The ombudsman nonetheless urged Armed Forces members who feel they have been treated unfairly to file a complaint.

“If you have individual complaints, bring them forward, we want to hear about them,” he said. “It doesn’t matter if it’s 10 or 100, we treat each individual exactly the same.”

The military’s vaccine requirement has undergone significant legal and political scrutiny in Canada.

A number of serving members have unsuccessfully challenged the mandate in court, while some groups and individuals opposed to vaccine mandates, pandemic lockdowns and the Liberal government have used it as a rallying point for their grievances.

The frustration has only grown in some quarters with defence chief Gen. Wayne Eyre’s refusal to lift the requirement even after mandates for most other federal public servants were suspended in June.

One of the most high-profile critics has been Warrant Officer James Topp, the army reservist from British Columbia who has been walking across Canada since February to protest the military’s vaccine requirement.

Topp has been charged for speaking out against the military’s mandate while wearing his uniform, and has since become a celebrity for some opponents of vaccines and vaccine mandates.

He publicly asked for Lick to review the policy, and has encouraged attendees at some of his rallies across the country to write to the watchdog with a similar request.

The call to action doesn’t seem to have received much pickup, however, as the ombudsman’s office said most of the 10 letters it received were from non-military personnel.

Topp said he disagrees with Lick’s rationale for not taking a closer look at the vaccine requirement, saying he planned to write another letter to the ombudsman outlining his concerns.

He also suggested the reason there haven’t been more formal complaints from Armed Forces members is a lack of awareness.

“People that I’ve encountered who have gotten released, a lot of them didn’t even realize they had this legal option available to them,” he said, speaking from a roadside near Fredericton. “And I expect that as we move forward, they’ll be getting more of these.”

As for the lack of letters, Topp joked: “Wow, I guess should just pack up and go home.” On a more serious note, he said he remained undaunted in trying to call attention to what he sees as an injustice.

This report by The Canadian Press was first published Sept. 11, 2022. 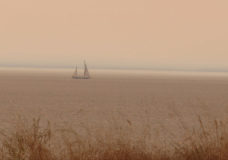 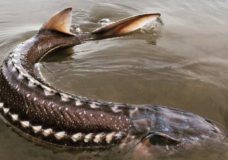 River mystery: what is killing the giant sturgeon of B.C.'s Nechako River?