“The brutality that our neighbour went through was just unspeakable,” said Brent Donaldson.

Donaldson has lived in Metchosin for 35 years. His home is doors down from where two escaped prisoners, Zachary Armitage and James Lee Busch murdered Martin Payne to further their escape in 2019.

Both men were sentenced to life in prison for their role in Payne’s murder. Now, many in the community including Donaldson are circling back to see if anything has changed.

“I don’t think we found out until at least 24 hours after they escaped,” said Donaldson. “I think early warning could be a lifesaver.”

Donaldson says residents should have been notified sooner, especially after finding out during the trial that the convicts also knocked on his other neighbours’ door.

“That was really alarming. What if they had opened their door?” said Donaldson. “If the Reynolds had known ahead of time, there could have been some action taken quickly.”

Donaldson thinks a cellphone alert might be the answer.

“I wouldn’t mind getting a text saying to be on the lookout,” Donaldson told CHEK News, who’d made the same suggestion to the District of Metchosin during a public meeting on January 9.

In that same meeting, Metchosin’s Fire Chief Stephanie Dunlop says using the Alert Ready system is something they’ve explored but are hitting roadblocks.

“Corrections Service Canada (CSC) which is a federal agency and the RCMP are actually in charge of that so it’s getting them to approve us. We can absolutely communicate that out but it’s getting protocols in place through the RCMP and CSC to get that authorization because really it’s not our job to do that, it’s their job to produce that information, which is one of the challenges we run into,” said Dunlop.

“Do we have better protocols in place? Yes. Is it ideal? Probably not, but we’re going in the right direction so we just need to continue to pressure them.”

In British Columbia and across Canada, emergency alerts are issued using the Alert Ready system. This system allows provinces and territories to issue emergency alerts through TV, radio and wireless devices.

In B.C., emergency alerts for flood warnings, wildfire evacuations, heat emergencies and missing children through Amber Alerts. Police also have the option of sending them out during civil emergencies, including active shooter events.

“The alerting system is overseen and managed by Emergency Management BC (EMBC),” said Corporal Alex Berube, media relations spokesperson for Island District RCMP. “They also work with municipalities with respect to using the system.”

EMBC flipped it back to the RCMP.

“Questions about the policies and procedures for broadcast intrusive alerts for police-related civil emergencies should be directed to the RCMP,” said Krystal Thomson, communications director of the Ministry of Emergency Management and Climate Readiness.

Comment from CSC and Westshore RCMP wasn’t available before publication.

For Donaldson, it doesn’t matter which government agency steps up. To him, it’s his neighbours’ safety that matters. For now, he’s left wondering if an early warning might have saved his neighbour’s life. 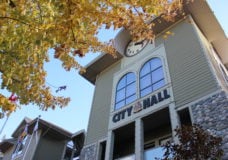 Langford tree bylaw back on the table after complaints about transparency 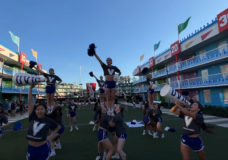