There’s a sense of relief in the South Island community of Metchosin tonight after one of the escaped William Head prisoners is not only convicted of murder but sentenced to life in prison.

Residents say they just hope Correctional Services Canada (CSC) can keep tabs on them this time, and that accountability is still due for the system which let two violent prisoners, one with five-escape attempts under his belt, into the low-security prison on Vancouver Island.

“If they had been somewhere where it was in full lockdown, I don’t think this would have happened,” said Darlene Mann who lives on the edge of Metchosin.

For Zachary Armitage and James Lee Busch, their prison break was as easy as walking away at low tide.

“Knowing they escaped on the Galloping Goose, was kinda frightening,” said Mark to CHEK News, who lives in Metchosin.

It was made even more terrifying for the community when they found out what they’d done to 60-year-old Martin Payne in his own home.

“You didn’t just kill him. You butchered and mutilated him and left him lying in his own blood. It was hateful. It was unspeakable,” Justice David Crossin told Busch at his sentencing Thursday.

Crown’s theory is that when Busch and Armitage’s escape wasn’t going well, they planned to ambush Payne in the safety of his own home, killing him brutally with a hatchet and a large hunting knife.

In her victim impact statement, Payne’s sister Colleen told the court that she “couldn’t grasp that such a thing could happen in our city.” It’s something the mayor of Metchosin, in the wake of Payne’s death, echoed.

“William Head has been part of our community for many, many years, and there have been escapes every once in a while and they’ve been relatively benign. I think we’ve lulled ourselves into a false sense of security and this was a wake-up call to what could actually happen if something went wrong,” former-Metchosin Mayor John Ranns told CHEK News back in 2020.

Armitage and Busch’s escape, and subsequent murder of an innocent man who happened to live nearby, triggered CSC to review every inmate in minimum-security custody across the country, including at William Head Penitentiary.

In addition to Armitage and Busch, seven inmates at William Head alone had been misclassified and were moved to a different facility with higher security levels.

At sentencing for their escape from prison, the judge said he is “perplexed” and “bewildered” that someone with Armitage’s past would end up at William Head minimum security.

Armitage was a violent offender, who’d had a history of prison breaks, already successfully escaping other prisons five times prior. Busch was serving a life sentence for second-degree murder and aggravated assault.

But despite the systemic changes to the assessment process, the community continues to call for further action and accountability from the system that let two violent offenders with histories of prison breaks, live in a minimum security prison like William Head in the first place.

As of July 8, 2022 Payne’s daughters Calla and Jessica are suing William Head and CSC in a civil suit. They claim William Head staff were negligent in responding to the incident that led to their father’s death.

The Payne family is seeking an undisclosed amount from the William Head Institution. The documents say that the institution was “reckless” in responding to the inmates escaping and that Payne’s death was a “direct and foreseeable consequence” due to the facility’s response. 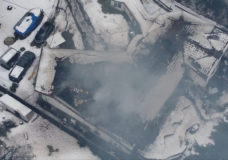 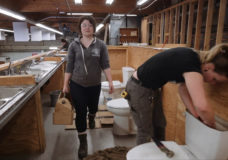