Metchosin community calling for answers one week after suspicious death

Posted: Jul. 19, 2019 5:52PM | Last Updated: Jul. 19, 2019 6:00PM
CHEK
WatchIt's now been one week since 60-year-old Martin Payne was found dead in his Metchosin home. Police have confirmed foul play, but other than that, not much else. And the lack of information has left many in the community, unsettled. Kori Sidaway has the latest.

It’s a sunny Friday at Metchosin’s local watering hole. But despite the friendly chatter, locals have something looming in the back of their minds.

It’s been seven days since 60-year-old father and government worker Martin Payne was found dead in his Metchosin home.

“Was it a personal thing, or was it random? I mean it makes you stop and wonder,” said Ina Pederson.

“It hasn’t been explained to the public. So, it’s kind of creepy,” added Jackie Desrosches.

“I’m sure a lot of people are very upset and probably confused what happened and want to learn more information,” said Hayley Mccabe.

Police so far have been tight-lipped. They say it’s to protect the ongoing investigation, but it’s left the public to come up with their own theories.

“I did hear that prisoners escaped and it’d be really scary if that was what happened,” said MccAbe.

Many online, pointing out how the timelines of Metchosin’s recent prison break match up with that of Payne’s death.

And police who said they didn’t have an update Friday so far aren’t discounting any theories.

And many in Metchosin say the past seven days have been nerve-wracking.

“Makes you lock your doors at night now, for sure,” said Desrosche.

Your Money for July 19 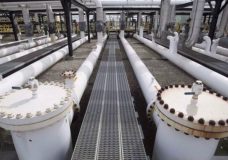