Opened in 2003, the Men’s Trauma Centre in Victoria supports men who have experienced emotional, sexual or physical trauma as a child, or an adult.

As Executive Director Paula Green explains, experiencing a trauma is distressing and can impact every part of a person’s life, and it’s no different for a man, than for a woman.

Yet it is difficult in our society for men to understand that it is okay to seek help.

“Sometimes it’s historic childhood abuse that they come in and talk about,” says Greene.  “I would say about 93 per cent of the men we see disclose childhood abuse as their core trauma, and the reason why they go on to have many more complex problems — sometimes addiction, sometimes mental health problems.”

Greene also points out how crucial it is for men to receive support.

“There’s no coordinated response to men’s trauma in the way that there is for women and children,” said Greene.

“We get calls from up-island… across BC, across the country, asking us about our services.  There’s definitely a great need out there for more services and supports for men.”

“I had a pretty traumatic life,” says Judah.  “It wasn’t easy, and I didn’t process a lot of the information.  But I found myself at a point where I needed to process it, and I didn’t know how.
I needed help.  And I just wandered in here one day, through the door.”

He credits the Men’s Trauma Centre with helping him get his life back.

“If you were to talk to me a year and a half ago, it would be unlikely that I could get through half of this conversation without bursting into tears, or having a panic attack,” says Judah.

The Centre offers victim service workers, funded by the province, and individual and group therapy, paid for by client themselves, or through grants and donations.  Judah’s first therapist was a practicum student.

“In that first year I was on disability.  I had really limited income.  My rent was too high, left me not that much money to even feed myself, so to be able to access counselling every week, really became the rock, the foundation in my life through that period of time,” said Judah.

Greene knows how important this Centre is for a man who has experienced trauma.

“Man after man sits down and recounts about what happened to them as a child — either sexual abuse, physical abuse, emotional neglect – and how that led them to certain choices in their life.  And then decades later they hit a crisis, and it’s often at that point that they reach out to us or other services, and say ‘I can’t deal with this anymore.  I’m at my wits end’ or ‘I hadn’t realized how awful what happened to me as a child is, and the devastation it’s caused,’ ” he said.

Judah also had group therapy, which he says was vital to his healing.

“I spent two years in different groups, and we went through a life-changing experience together.”

That group therapy exists thanks to a grant from the Victoria Foundation.

“The Victoria Foundation grant goes to what we call our stage two trauma group, and that’s such a vital support for men to know they’re not alone.  They meet other men who’ve gone through similar things.  They’re able to learn coping mechanisms and skills, and they’re able to understand what’s happened to them much more. So without those grants, those services just wouldn’t exist,” said Greene.

“It changed my life.  It gave me a path to go from self-loathing and self-hatred, and really just an existential agony, to prevailing.  To celebrating my success of being.  It’s really revitalized my life.”

Click here to learn more about the Men’s Trauma Centre. 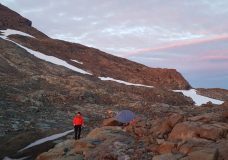 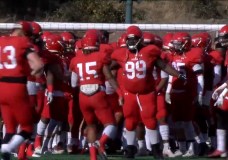