Posted: Mar. 27, 2020 10:00AM
File photo.
Reports say the Duke and Duchess of Sussex are in self isolation in Bel-Air with their son Archie

Vancouver Island’s royal stay is over, as Meghan Markle and Prince Harry move to Los Angeles in California, reports say.

The Daily Mail’s sources said the couple was already planning on moving to California, but threats of border closures and more travel bans due to COVID-19 pushed the plans forward.

The Duke and Duchess of Sussex have said to be staying on the Island in a waterfront property in North Saanich since January after they shocked the world by announcing they were leaving the royal family.

Meghan and Prince Harry said they found the scrutiny from British media to be intolerable. They will officially be relieved of all royal duties on March 31.

According to the Sun, a royal insider said the couple wanted to settle in the Los Angeles area because it holds more support for Meghan. Her agents, business managers, friends and mom Doria Ragland all reside in that region.

Meghan and Prince Harry are allegedly now in self isolation in Bel-Air with their 10-month-old son, Archie.

The Daily Mail reported the move angered some members of the royal family, as Prince Harry was expected to return to England after his father, Prince Charles was tested positive for COVID-19.

Meghan has other reasons for wanting to move back to L.A. – she has her first post-royal job.

She will lend her voice to narrate the Disney documentary series, “Elephant”, a film that follows an elephant family on its 1,600 kilometre journey across the Kalahari Desert.

It is one of a series of animal and nature-based features to released during Earth Month. “Elephant” is expected to air on the streaming service Disney+ on April 3. 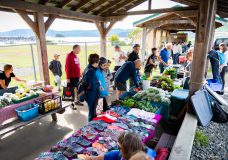 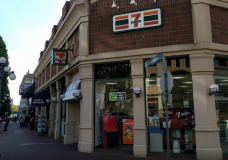