B.C. recently made masks mandatory in public indoor spaces, but it hasn’t been a completely smooth transition.

Under the COVID-19 Related Measures Act, anyone refusing to wear a mask in public indoor spaces can be slapped with a $230 ticket.

Since the rules came into place, numerous videos have popped up on social media, showing belligerent customers refusing to mask up, threatening workers all over B.C., including Victoria.

“We’ve heard stories this week that makes me very concerned and sad of store clerks and restaurant staff who have faced undeserved aggression from people who don’t want to wear a mask,” said Dr. Bonnie Henry, the provincial health officer, in a press conference on Friday.

“[Servers] have never been in a situation like this, where they need to enforce people on proper safety etiquette,” said Blighty’s Bistro co-owner James Pratap.

“They aren’t law enforcement, they don’t enforcement this kind of thing, but it’s almost like they have to, to keep small and local businesses open.”

And the small Oak Bay restaurant is working hard to stay open, this month much slower than the one prior.  No staff have been laid off, and Pratap is working hard to try to keep it that way, but belligerent customers won’t make things any easier.

Blighty’s Bistro has been pretty lucky so far, no yelling or threatening anti-maskers, but they’re prepared just in case.

Pratap says they have weekly meetings to check in with staff and to make sure they have a plan in case there is a threatening customer. It’s something he’s sad they even have to prepare for.

“It’s disappointing. I feel Victoria is so close-knit, and that stuff shouldn’t happen here. We’re going to be as nice as we can but if we have to, we are going to have to take drastic measures of calling the authorities,” said the bistro owner.

Why are some so strongly opposed to masking up?

Some anti-maskers say mandating them is against Canada’s constitutional rights.

But Michael Mulligan, an experienced criminal lawyer in Victoria, says that isn’t the case because the constitution does not give people a “generalized” right to do whatever they want.

“There isn’t a generalized constitutional right to do whatever you wish,” said he said.

Mulligan says ordering everyone to wear masks is no different than any other law that protects the public.

“Laws by their very nature restrict your freedom to otherwise engage in conduct you might wish to, for example, you might want to drive your car drive the road at 100 kilometres an hour; we’ve imposed speed limits,” said Mulligan.

Just like mandatory seat belts, bike helmets and posted speed limits, the government is allowed to implement laws to protect the public and public interests.

“A requirement to wear a mask does not seem to be contrary to any constitutional principle but even if it did, it’s likely to be a reasonable limit,” said the lawyer.

There are those who still don’t want to wear masks, but says, it’s the law.

“If you are opposed to wearing a mask, then I ask you to shop online, order take out or stay outside, or stay home and not put other people at risk,” said B.C.’s top doctor. 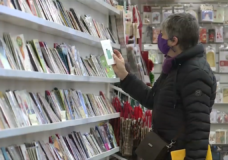 The New Normal: Shopping local this holiday season 'critical' for the Island's economy 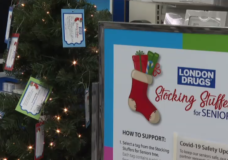