Man who saved ‘Lily,’ kitten abandoned in Hillside mall garbage can, has reunion with cat

June 8, 2019 updated
Chek
WatchIt's a reunion to remember. The man who found a kitten in a garbage can at Hillside mall earlier this week is finally getting the chance to see the cat in recovery. Aaron Guillen was there.

The kitten found in the Hillside mall garbage can is finally safe and sound.

According to Victoria Animal Control Services (VACS), she’s recovering quickly, but has minor developmental issues with her hind paws.

On Tuesday morning, Brian Boria was on his shift when he found the animal zipped up inside a shaving kit bag in the garbage.

“No animal deserves to be treated the way she was, at all, ever,” says Boria.

Now, the cat has a new chance at life and a new name.

“I was thinking Blue at first cause her eyes were very blue, but then I found out that her eyes will change colour as she gets older,” says the rescuer.

“Lily got stuck in my head for a couple days. And she looks like a ‘Lily’ to me.”

Fate brought them together, but it turns out Lily and Brian are not the purr-fect match.

“Unfortunately, I’m allergic to cats, which is a big downer,” says Boria.

“I had to take an allergy pill just before I came here.”

But Lily won’t have to worry about her new home.

According to VACS, hundreds of people want to adopt her.

“We have a long list of folks who have expressed interest already,” says Ian Fraser, senior animal control officer at VACS.

“There’s only one kitten, so there can only be one person that can take her home.”

Before that can happen, Lily will need time to improve her strength, gain more weight, and be spayed.

Then she’ll be up for adoption in three to four weeks.

“She’s purring a lot and playing around. I’m just so happy I gave her a second chance.” 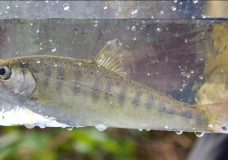 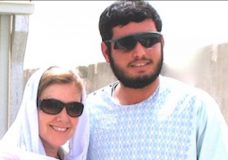