Man who tried to escape Nanaimo jail gets 9 more months

A man who tried to escape custody while serving time at the Nanaimo Correctional Centre has been handed nine extra months in jail.

Court heard that a woman from Surrey had been seeing Denis Lucero, 37, for six months when she came to Nanaimo.

Lucero was working outside the jail in a community work crew when his girlfriend picked him up. A code red was called for the missing prisoner and a correctional officer then spotted a car who may have picked up Lucero. The officer followed the car for several kilometres until it pulled over at the Kenworth property on Northfield Road. Lucero then got out and fled. He was arrested shortly after.

Lucero will serve his additional months along with his current two-year sentence.

Police are now applying for the car, a 2010 Kia and the $1,700 in cash the woman was carrying to be forfeited to the Crown.

The woman has been charged with assisting to escape from lawful custody. 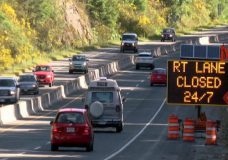 Construction on the Malahat means drivers can expect delays this summer 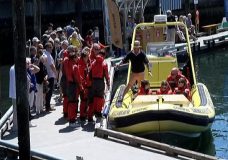