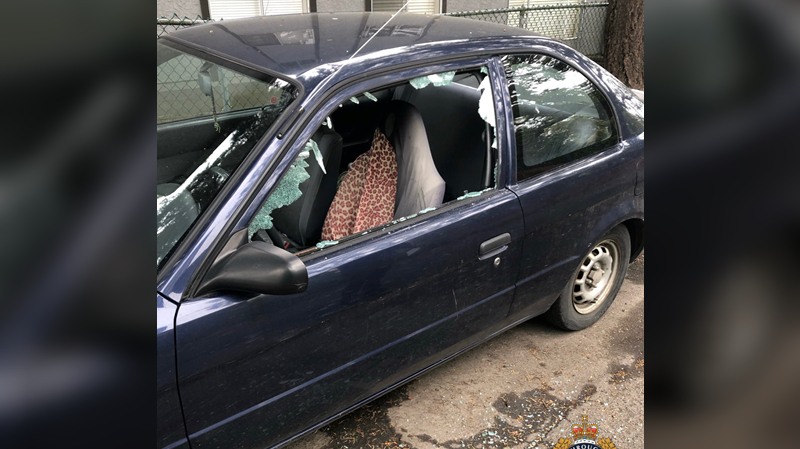 Police say an armed man who smashed vehicle windows in Fernwood on Monday was arrested after threatening to stab a witness.

Officers were called to Chambers and Grant streets just after 8:30 a.m. for 911 calls reporting that a man was smashing vehicle windows.

“When officers arrived, they learned the suspect had fled the area after threatening to stab a witness,” Victoria police said in a news release.

Officers tracked the man down to Haultain Street and Avebury Avenue. Police say he threw a knife to the ground just before they took him into custody, and he was arrested without further incident.

Police say at least three vehicles had windows smashed in the incident. They also say the man arrested had more than 20 previous convictions stemming from mischiefs, assaults and armed assaults.

The man was taken to Victoria police cells and released on conditions pending a future court date.