Man dies after being struck by a vehicle in Nanaimo Sunday

A man died early Sunday morning after being hit by a vehicle while walking near the Island Highway in the north end of Nanaimo.

RCMP say the 38-year-old man was walking along the shoulder of the road with a 27-year-old woman near the intersection of Oliver Road and Highway 19A at 1 a.m. Sunday.

“What we’ve ascertained was he was walking with a female when for some reason he walked out into the travel portion of the road to retrieve an item at which point he was struck by the northbound car,” said Const. Gary O’Brien with the Nanaimo RCMP.

The woman told investigators her male companion walked out onto the northbound lane of the road to grab something when he was hit by the vehicle.

The man was taken to hospital and was pronounced dead at 6:15 a.m. the same day.

“We see time and time again where people are being struck and sadly they’re dying from the fact that vehicles can not react in time,” said Const. O’Brien. “Reflective clothing can save your life.”

The 62-year-old female driver of the vehicle and a passenger remained at the scene and are cooperating with investigators.

Authorities say alcohol and drugs have been ruled out as contributing factors in relation to the driver.

RCMP Victim Services is assisting the occupants of the vehicle and the female pedestrian.

Friends have identified the victim as 38-year-old Dallas Barry Hulley.

CHEK News interviewed Hulley in August of 2002. He was the last person to talk to 21-year-old Lisa Young before she went missing.

“Sure enough it’s Lisa on her cell phone,” said Hulley at the time. “She goes ‘Dallas, I don’t know what’s going on. This guy won’t bring me back. We’re sitting in a driveway on Bowen road and he won’t bring me back.’ She says, ‘I’m bored. I’m getting pissed off.;”

Police believe Young met with foul play and are still investigating her disappearance.

“I want to bash my knuckles against the cement,” said Hulley said in 2002. “I don’t know what to do. What a waste. What has Nanaimo come to when stuff like this can happen?”

Hulley never got closure in that case and now his friends say he too has died far too young.

The investigation by Nanaimo RCMP into the collision is continuing. 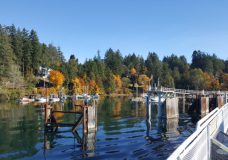 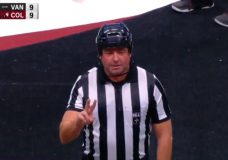 The CHEK Sports Plays of the Week-March 26