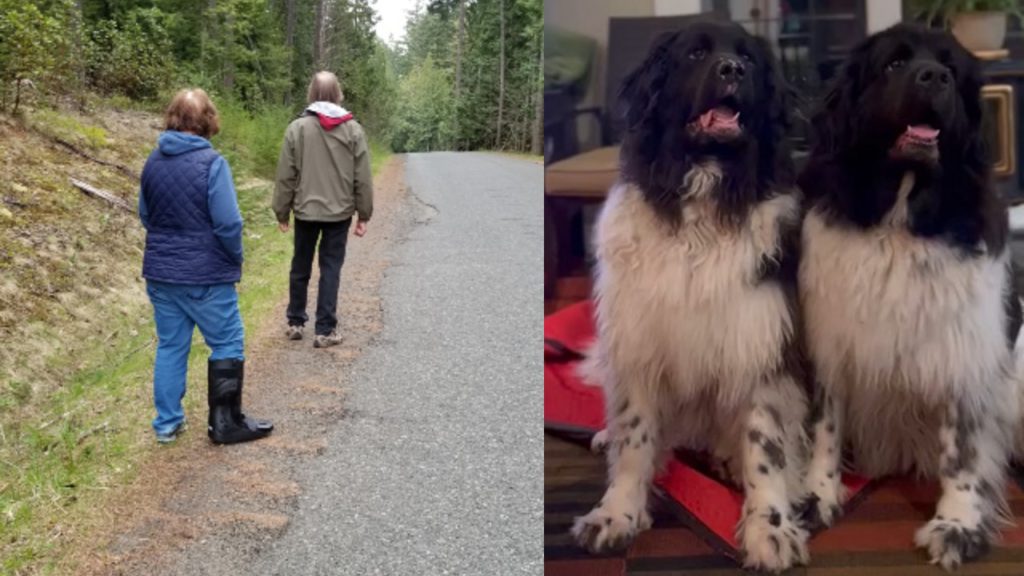 Photos: Nanaimo RCMP
On March 4, Geoff and June (left) were walking with their two dogs, Marley and Taz (right), along Lorenzen Lane when they were hit by a black SUV.

A 34-year-old man has been charged in a hit-and-run collision in Lantzville that left a woman in hospital with serious injuries and a dog requiring a knee replacement, RCMP say.

Around 3:20 p.m. on March 4, a couple, Geoff and June, was walking with their two dogs, Marley and Taz, along Lorenzen Lane, Nanaimo RCMP reported at the time.

They were single file on the side of the road, each with one dog on a short leash, as a vehicle struck 54-year-old June, pushing her into Geoff and forcing the couple and both dogs to fall into the ditch.

The driver then sped off, but not before Geoff managed to obtain a partial plate and description of the vehicle, according to Nanaimo RCMP.

“(Emergency Health Services) was called and transported the woman to hospital. One of her dogs later required a full knee replacement,” said Mounties.

In June, police seized a vehicle in relation to the incident.

Joel Salazar of Lantzville has since been charged with one count of failing to stop after an accident and failing to offer assistance and one count of dangerous operation of a motor vehicle causing bodily harm, said RCMP in a release Friday.

Salazar is expected to appear in Nanaimo Provincial Court on Jan. 31.

“The investigation was complicated and time-consuming, however, investigators from the Nanaimo RCMP Traffic Unit were tenacious and were able to identify the alleged driver and the vehicle involved,” added RCMP Cst. Gary O’Brien.

With files from Laura Brougham 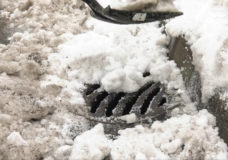 Winter storm: How to prepare for possible outages, flooding, burst pipes in days to come 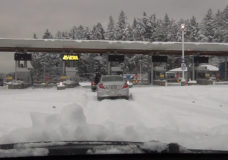