CHEK News
Dodd's Furniture & Mattress warehouse in Victoria the same morning as a break and enter on July 28, 2020.

One man was arrested Tuesday morning after a break and enter at the Dodd’s Furniture & Mattress warehouse on Garbally Road in Victoria.

Victoria police say officers were called to a business in the 600-block of Garbally Road just after 7:30 a.m. for a report of a break and enter.

Part of the break and enter was recorded on surveillance video. Police said they spoke with one of the business owners at the warehouse and noted there was damage to the business.

Officers got an image of the suspect from the surveillance video. Police said a short time later, officers found the suspect in the 3000-block of Blanshard Street and took him into custody.

Wolfe Alpin, the warehouse supervisor for the Garbally Road location, said he was letting a driver in at around 7:45 a.m. when he heard the alarm going off. He contacted Dodd’s office and was told there was someone inside the warehouse.

Alpin then walked around and saw one man who fled.

According to Alpin, the man got a couple of thousand dollars worth of electronics.

Gordy Dodd, the founder and owner of Dodd’s Furniture and Warehouse, said he and other businesses are worried about the safety of the workers in the Burnside Gorge neighbourhood.

He went to the warehouse after the break and enter due to receiving a notification from the alarm company.

According to Dodd, the damage to the business was about $10,000. He said it’s not the first incident at the business.

“This community wants to live peacefully.”

“We had to install a much bigger fence around our yard.”

There is a temporary supportive housing facility at the former Comfort Inn and Suites at 3020 Blanshard St. The hotel was purchased by the province for $18.5 million and houses 90 people previously living in tents at Topaz Park or on Pandora Avenue.

Dodd said there have been complaints made to the B.C. government and police.

“There should be other ways to look after this without causing problems in the city,” he said, adding the mental health issues among the homeless individuals must be addressed away from the city.

Dodd said Dodd’s Furniture and Warehouse will keep doing the Gordy Dodd Annual Christmas Dinner and the annual Thanksgiving dinner for the Our Place Society in downtown Victoria. 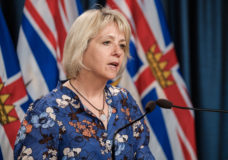 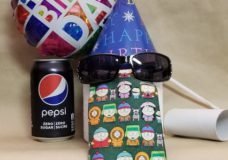