WATCH: The owners of a lodge on the Malahat are battling with one of the world’s top travel sites. They say customers trying to book on Expedia are told there are no rooms available for the dates they want, regardless of what dates they choose. That is despite the fact they are usually on half full. Luisa Alvarez reports.

Lori Strandlund has been running Moon Water Lodge since 2014. She says it was after choosing to go with another travel booking site instead of Expedia that things went wrong.

But she only found out about the problem a year-and-a-half later when a client asked why when trying to book online through Expedia the hotel always appeared sold out.

“I thought oh that’s really interesting because we aren’t on Expedia,” said Strandlund.

She then did some digging of her own and found that no matter the dates entered on the website, a message reading ” no rooms available for those dates” would appear on Expedia and their affiliate sites.

Strandlund then called Expedia posing as a customer and again was told Moon Water Lodge was sold out.

“I said ‘could you just keep trying for me’ and the fellow on the other end of the line says why are you so intent on booking this hotel we have several in the area and I’d be happy to find one that has availability for you,” said Strandlund.

CHEK News reached out to Expedia who said it’s all because a placeholder site was created when the Strandlunds were considering listing the property on Expedia Group websites.

“It appears that due to an issue with our processes googles web crawling tool found the placeholder site,” said Expedia.ca spokesperson Mary Zajac in an email.

The problem now appears to be fixed. When it was searched Tuesday, the lodge no longer appears on their website.

But Strandlund says she doesn’t expect it to last since Expedia had removed them once before at their request but they appeared again a few months later still appearing sold out.

“I think is pretty black and white that we should not be on there and they should not be representing us as sold out,” said Strandlund.

She says she is worried about the way Expedia operates because it’s not the first time Expedia has been accused of shady business practices.

“If you search Expedia you’ll find several pages of discontentment, lawsuits for various business practices including ours what they did to us,” said Strandlund.

She estimates her business has lost thousands of dollars in revenue in the two years this has been happening.

“I’m sort of guessing that they’re doing it to a lot of little people. My hope is that people will find out if it’s happening to them and maybe contact us and we can together put an end to this,” said Strandlund. 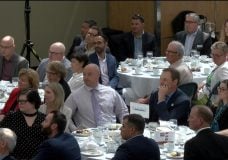 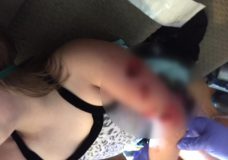 Calls for ban on pit bulls intensifies after attack in Nanaimo