File Photo
The BC RCMP Major Crime Unit is investigating a suspicious death that took place at a residence in Tofino on December 30.

The BC RCMP Major Crime Unit is investigating a suspicious death that took place at a residence in Tofino.

In a press release issued on Friday, RCMP state that the incident took place on December 30 at a home located in the 1300-block of Chesterman Beach Road.

According to police, officers were conducting inquiries at the residence on a welfare check call involving one adult man.

Police say that when they arrived at the residence, police located a deceased body and determined the death to be suspicious.

Based on observations at the scene, the death was deemed to be suspicious and the Vancouver Island Integrated Major Crime Unit (VIIMCU) assumed conduct of the investigation, states Insp. Kevin O’Donnell the District Senior Investigating Officer of the BC RCMP Major Crime Unit. This is believed to be an isolated incident and there is no risk to the public.

Following the discovery of the body on Dec. 30, police say an individual was taken into custody in Nanaimo and has subsequently been released without charge.

The investigation remains ongoing with Tofino and Nanaimo RCMP providing assistance to VIIMCU. 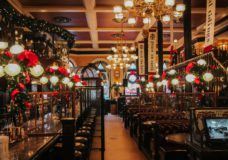