None of the quakes caused a tsunami warning.  Andrew Schaeffer, a seismologist with Earthquakes Canada, said during the first four earthquakes, two plates were sliding past each other, which don’t generate a tsunami.

“To generate a tsunami, you need to have some vertical movement on the fault and this is not what happened,” Schaeffer said.

No tsunami threat to #BC https://t.co/QfgGrB14V4

No Tsunami Threat to #BC https://t.co/lu6xn6jYbI

No tsunami threat to #BC https://t.co/BrZga7XYCw

No tsunami threat to #BC https://t.co/CsgrZlvdxQ

“It’s pretty common to get these events in this area… it’s a strike-slip fault between North America and the Pacific,” Schaeffer said.

Each earthquake was around 170 kilometres west of Port Hardy, at a depth of five-kilometres.

“This is where a few plates come together that accommodate the relative motion between the Pacific Ocean and the North American Plate. This area is a little bit separate from the Cascadia Subduction Zone,” Schaeffer said.

“It’s one of the more seismically active areas, for example, over the last year there’s been almost 90 magnitude three earthquakes within 100 kilometres of this region. Almost 20 magnitude fours.”

Schaeffer says the quakes coming in a sequence is often seen, although it’s not as common for the magnitudes to climb like they did on Monday. However, it has happened before.

A busy day in one of the most seismically active regions of Canada – offshore Vancouver Island.
Four earthquakes between M5.1 and 6.0 over the past 5 hours (and many more aftershocks). No damage/impacts
Latest information: https://t.co/XG5si9iphu
Shaking: https://t.co/pEuqG9lO4P pic.twitter.com/qMVEwlKGqX

Aftershocks are earthquakes that follow the largest shock of an earthquake sequence. They are smaller than the mainshock and within 1-2 rupture lengths distance from the mainshock. Aftershocks can continue over a period of weeks, months, or years. In general, the larger the mainshock, the larger and more numerous the aftershocks, and the longer they will continue.

Foreshocks are relatively smaller earthquakes that precede the largest earthquake in a series, which is termed the mainshock. Not all mainshocks have foreshocks.

“This may not necessarily be a case of foreshock, aftershock but rather this might be some sort of swarm but to identify whether this is an earthquake swarm or not, we need to look at the data as it comes in,” Schaeffer said.

According to the University of Alaska Fairbanks Alaska Earthquake Center, an earthquake swarm has no clear mainshock. Instead, it churns out a number of earthquakes of comparable size over days or months, with a lot of smaller quakes thrown in.

There were a few people on northern Vancouver Island, Richmond and the Lower Mainland who reported feeling the third and fourth earthquake.

Schaeffer said a 6.0 magnitude earthquake that is shallower and closer to Victoria or the Lower Mainland would lead to some moderate shaking being felt and possibly cause damage to some older buildings.

“Where these earthquakes were, they were far enough offshore that they’re essentially not felt,” Schaeffer said. 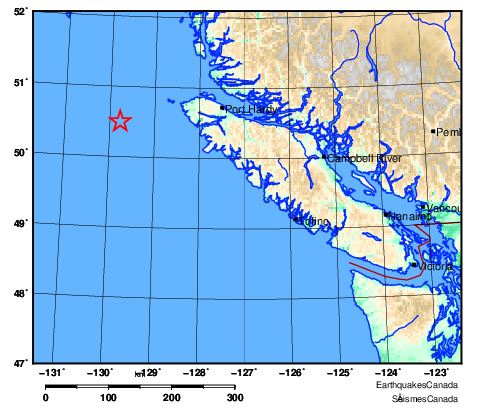 The location of the first earthquake on Dec. 23, 2019, 162 kilometres west of Port Hardy. (Earthquakes Canada) 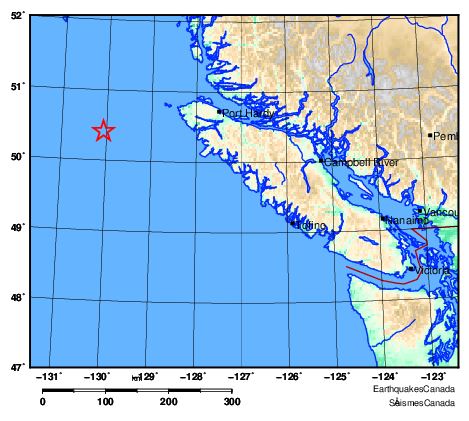 The location of the second earthquake on Dec. 23, 2019, 185 kilometres west of Port Alice. (Earthquakes Canada) 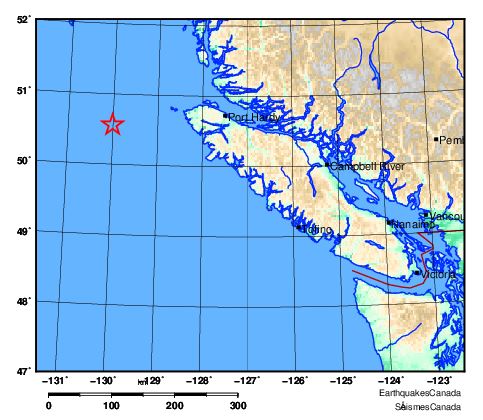 The location of the third earthquake on Dec. 23, 2019, 178 kilometres west of Port Hardy. (Earthquakes Canada) 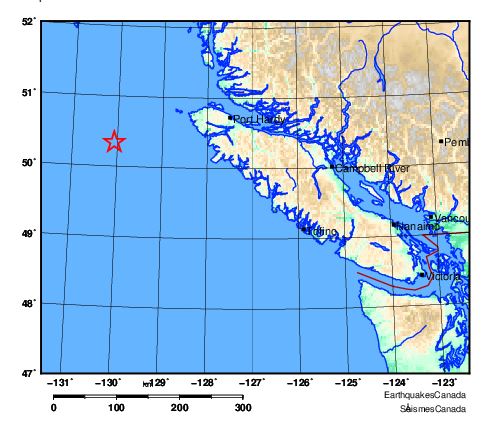 The location of the fourth earthquake on Dec. 23, 2019, 186 kilometres west of Port Alice. (Earthquakes Canada) 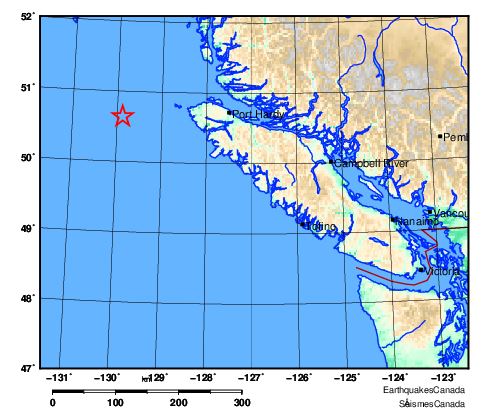 The location of the fifth earthquake on Dec. 23, 2019, 168 kilometres west of Port Hardy. (Earthquakes Canada)

In April, 1992 a M6.8 earthquake occurred in this same region, along the Revere-Dellwood-Wilson transform fault…
Details:https://t.co/puTROCwkFe 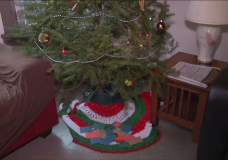 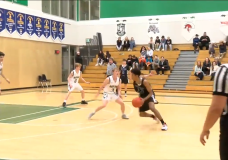