WATCH: It’s a dark chapter of Canadian history whose effects are still felt today. In the early nineteen-forties, the federal government confiscated the property of Japanese Canadians and held them in internment camps. Now, a new exhibit aims to help make sure what happened doesn’t fade away with time. Luisa Alvarez reports.

The Maritime Museum of B.C. is hoping their new exhibit educates people about a dark part of Canadian history.

“It’s just a topic area that a lot of people aren’t familiar with but it’s obviously a very important part of our history that we need to recognize and acknowledge,” said Maritime Museum of BC Associate Director.

This exhibit titled the lost fleet on loan from the Vancouver maritime museum explores the world of the Japanese-Canadian fishermen in B.C. before the bombing of Pearl Harbour and after.

Using art, photographs, and interviews the exhibit tells the story of how deep-seated racism led to the internment of an entire group of people and the seizure and sale of Japanese-Canadian property including 1,137 fishing vessels.

The art exhibit is painted by local Japanese-Canadian Artist-in-Residence, Marlene Howell who sorted through hundreds of black and white photographs for inspiration.

“It occurred to me that each photo had a story and it was very sad when you think about how hard these fishermen worked to purchase a boat it was their livelihood and to have it all taken away,” said Howell.

Howell also has a personal connection.

“My grandparents owned a rooming house in Vancouver on Powell street which was confiscated,” said Howell.

And hopes her art will draw the viewer in to imagine what it would have been like.

“I think it’s important not to forget whats happened and also the next generation can learn from this,” said Howell.

The Lost fleet exhibit will be going on until March 31st. 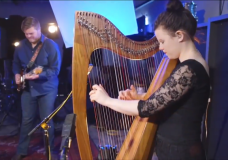 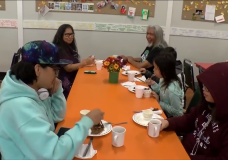 Esquimalt bands together to help Cowichan family devastated by windstorm