They’ve banded together to try and convince Saanich council to change a bylaw, that would allow them to run their roadside stand businesses.

O’Farrell’s roadside flower stand started by accident. She normally sells floral arrangements from her shop, but after COVID-19 hit, she was forced to close.

Her solution was to pop up a flower stand in her driveway, after commandeering her son’s lemonade stand.

“It all started as a way for me to spread flower joy, and keep flowers out of the compost bin,” said O’Farrell. “And then people started asking me if I could put more bouquets out and suddenly I had a garden centre in my driveway.”

More than 80 per cent of O’Farrell’s business was selling flowers for weddings, and with the pandemic, they have all been cancelled. This new roadside hustle has become one of her only sources of income, but more than that, it has helped create a sense of community in her neighbourhood.

“Its been an amazing thing, a great community space where people can connect, albeit 6 feet distance,” said the flower grower, “I’ve met people I’ve never met on my street before.”

All of the momentum for sales came to a screeching halt, after a neighbour complained to the city about the stand. Bylaw officers came down, and handed her a notice.

“I was given 30 days to shut down because I’m not allowed to have retail sales on a private property,” explained O’Farrell.

This is not the first time Saanich bylaws have gotten in the way of roadside vendors. Katherine Little was forced to close her Little Jam Stand last year.

“We’re in an emergency situation, they should be patting us on the back, not trying to shut us down,” said Little.

For Katherine, this little jam stand was more than just selling tasty treats.

“I was in law enforcement for 18 years and suffered a fairly significant injury than ended my career, and I suffered from PTSD for a long time,” said Little. “This kept me outside, it got me out of bed, and it’s really just jam. That’s what I keep telling people, it’s just jam people!”

Now O’Farrell and the “Jam Lady” have joined forces, to try and get Saanich council to change the rules, to let them run their businesses.

“Bylaw is just doing their job, and I get that. They’re just going by the rule book, but my position on this is ‘we need to change the rule book'”.

O’Farrell has collected more than 1,500 signatures in less than two days, in support of the rule change.

Saanich councillor Ned Taylor calls the district’s bylaws “out of date” and supports the notion of roadside vendors, particularly during difficult times.

“We need to do everything we can to support people during these difficult times,” said Taylor.

O’Farrell and Little say that council needs to change this rule, at least temporarily, to help people make a living during the coronavirus crisis.

The idea of roadside selling will be put before council again on Monday. 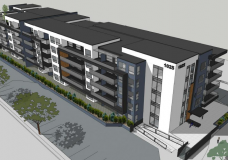 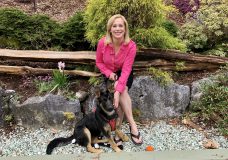