The local community said they couldn’t be more proud of Canada’s women’s eight rowing crew after they captured gold at the 2020 Tokyo Olympics for the first time in 29 years.

The last time the Canadian women eight won an Olympic medal was in 2012, taking silver in London.

“I wasn’t surprised. I knew they were going to win only 10 strokes before the line. But just the way they were rowing, I felt confident that they were the best crew for those conditions,” said two-time Olympian Kevin Light.

He’s also a freelance photographer, having captured moments of the women training in Elk Lake in Saanich before making the trip to Tokyo.

He’s been keeping in touch with the team virtually and giving them advice as someone who was in the same boat 13 years ago — he won gold in the men’s eight at Beijing 2008.

“The moment you win an Olympic gold medal is pretty special and it may or may not ever happen again,” Light said.

“I am absolutely thrilled. I think that the history of the rowers at Elk Lake has been an amazing advantage for our community in Saanich. We’re so proud of them,” said Saanich Coun. Susan Brice. “Obviously Canada is doing well and look at those women, eh?”

For one young Olympian hopeful, it was the win she needed to push herself even further to achieve her goal of competing on the world stage.

“I feel like I’m very lucky to live in Victoria to have such a great training facility and being able to train around them and watch them row,” said Jahada Bezeau, who serves as a coxswain at Victoria City Rowing Club.

“I think our hope was always that if young people could see other talented athletes performing then that would encourage them and get them interested,” she said.

She said she’s happy to see Canada doing so well at the Olympics and looks forward to more medals coming our way. 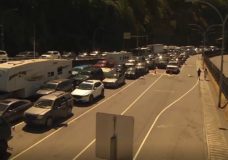 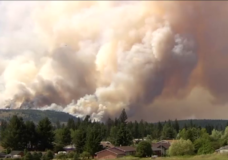