Posted: Apr. 2, 2020 6:47PM
CHEK
WatchGone are the days of grabbing a beer at a bar with your buddies. Instead, under these physical distancing laws, more people are drinking at home.

Kevin Slater usually collects neighbours’ discarded bottles and cans for cash. And right now, he says there’s a lot of cans to collect.

And he says, there’s a reason his bags are full.

“Liquor intake just takes a little stress off people. You know sitting at home, having nothing to do,” said Slater

Over-the-counter sales in B.C. Liquor Stores are up 40 per cent over the past few weeks.

And while that’s good for the thousands of breweries, wineries, and distilleries across the province, Canadian substance researchers are concerned about the uptick in consumption as liquor policies also quickly change.

“With the home delivery services, it’s so easy now,” said Tim Stockwell, the Director of the Canadian Institute for Substance Use Research.

“With just with the click of a few buttons, crates of beer delivered to our doorstep, are we going to drink more?”

A big question that’s looming for some scientists as they try to figure out if consumption rates are up, or if people are just stockpiling.

“A 40 per cent increase in consumption would be massive, almost unprecedented,” said Stockwell.

“I suspect it’ll be much more like a five to 10 per cent increase, but we just don’t know.”

What we do know, is it’s much cheaper to drink at home.

And with everyone virtually confined to their houses, researchers worry some may not cope very well.

“There’s been a huge increase of domestic violence,” said Stockwell.

“There’s very good evidence that in a situation where we humans are frustrated or in conflict with each other, the chances we resolve those situations peacefully is much lower if one or more of us is intoxicated.” 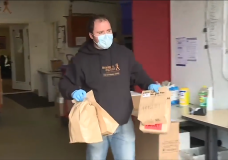 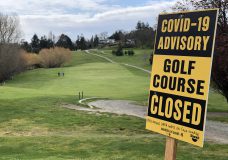