Getting the perfect shot is just part of the movie-making magic on display for film industry hopefuls this weekend.

“I think what’s driving me is the creative aspect of it,” says aspiring videographer Alex Kalicki. “I’ve always been a creative person.”

The third annual ‘Reel Careers’ in film in TV job fair put on by the Vancouver Island South Film & Media Commission is aimed at attracting more people to this booming industry.

“It looks like we’re going to have a record year again this year and next year is already looking like it’s going to be very busy,” says film commissioner Kathleen Gilbert of the Vancouver Island South Film & Media Commission.

A Twilight Zone reboot for CBS took over Victoria’s Inner Harbour last month — one of the larger productions to come to town, employing 380 Islanders.

Most of the movie jobs are behind the camera.

But you might be surprised at just how many different positions there are.

More than 40 industry professionals were on hand, from grips to first assistant directors.

“I love it,” says first AD Matthew Blecha. “What I love about it, I enable the director to create his or her vision and I basically organize all the different dept and make sure everybody knows what’s going on.”

Veteran actor and producer Darlene Tait was also on hand to offer advice.

Being a production assistant is a good place to start if you don’t have any experience.

But there are also jobs with transferable skills like hair and makeup, set decoration, and catering.

So it’s ‘lights, camera, jobs’ as Victoria tries to get a bigger share of B.C. $3.5 billion film industry. 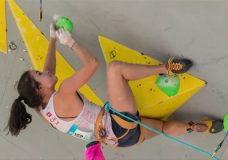 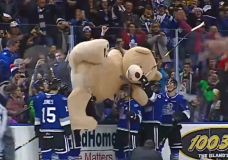