The lawyer representing one of the men on trial for the murder of a Metchosin man reminded the jury on Wednesday that no forensic evidence for his client was found at the scene of the murder.

Day two of the defence’s cross-examination of the forensic expert in the Metchosin murder trial continued on Wednesday. Zachary Armitage and James Lee Busch, who escaped from William Head Prison in July of 2019, are both facing individual murder charges for the death of 60-year-old Martin Payne.

Both men have pleaded not guilty.

In the first real glimpse of the defence’s strategy, the lawyer representing Busch spent the day in court trying to distance his client from the scene of Payne’s murder.

Criminal defence lawyer Ryan Drury tried to drive home to the jury that no forensic evidence placed Busch inside the crime scene. Instead, he pointed to evidence which placed his co-accused, Armitage at the scene.

Also highlighted was the pair of 10.5-sized New Balance running shoes found in Payne’s house. The defence pointed out that the footprints found connected to those shoes were not definitive, found only near the entrance of the bathroom, and had minimal blood stains on them.

In contrast, Drury pointed out that the second pair of ASIC shoes also found at the crime scene were covered in blood, and matched with footprints found much closer to Payne’s body.

The crux of Drury’s argument was a critique of the Vancouver Island Integrated Major Crime’s forensic investigation as a whole. Drury highlighted to the jury objects in Payne’s house which were not documented–like within Payne’s garage where duct tape and tools similar to those found in Payne’s bedroom, could be seen.

In a pivotal moment, Drury also pointed out that handwriting analysis had not been conducted on a key piece of evidence–the note found on Payne’s desk asking for the pins to someone’s credit cards.

The lack of which, Busch’s counsel says, means that Payne isn’t excluded from writing the note himself.

Drury also pointed to pens at Payne’s desk that hadn’t been tested to match the handwriting, that a cellphone found in Payne’s kitchen, sawed-off axe handles, and fibres found on the duct tape dispenser were also not tested.

Crown had time to re-examine its witness in the afternoon, where Crown prosecutor Chandra Fisher, through Sarson, highlighted why evidence had to be moved to avoid contamination, that a mop had been found to have traces of blood on it, and made sure to outline the food which was found in Payne’s fridge and cupboards (bread, cheese slices, deli meats).

In the afternoon Crown brought up Const. Meghan Groulx with the Westshore RCMP who acted as an exhibit officer during the forensic investigation.

Groulx carried out a show-and-tell of some of the weapons found in Payne’s house including the Bowie knife and hack saw found near his body in the bathroom, the tape dispenser found in his bedroom, the sawed-off axe handles, and the sets of shoes found in garbage bags at the scene of the crime.

Her testimony is expected to continue Thursday. 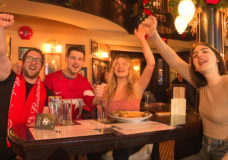 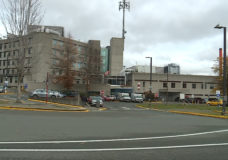