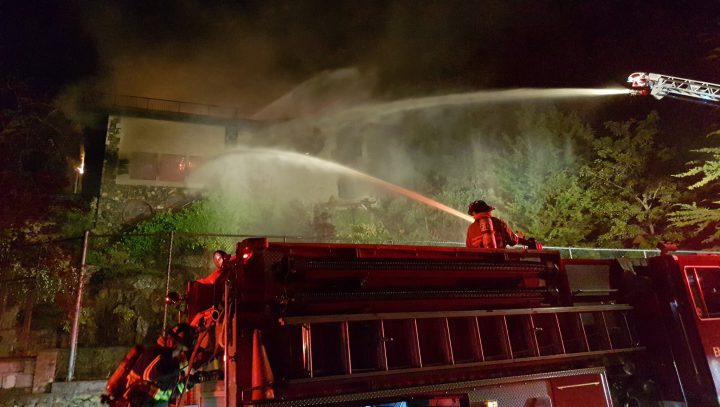 The Oak Bay Fire Department says one firefighter was taken to hospital for smoke inhalation as crews battled a structure fire in Oak Bay Sunday night.

Oak Bay, Saanich and Victoria firefighters were at an abandoned home at 57 Beach Drive at the corner of Mountjoy Avenue in Oak Bay around 10:30 p.m.

“When [crews] arrived on scene, the entire top floor was involved [in flames] including the windows of the second floor,” says Oak Bay Fire Chief Dave Cockle.

The Oak Bay Fire Department said the blaze was controlled and extinguished in the early morning hours and asked people to stay away from the area while crews continued to work from Mountjoy to Falkland Road.

Oak Bay police said Monday morning said there was no indication anyone was inside the house at the time of the blaze.

The upscale residence had been abandoned since another fire destroyed the roof of the structure in July 2013.

” [The fire is] suspicious, no one has been living in the building, there’s no power to the building,” adds Cockle.

“My 14-year-old son all of a sudden I saw him look out the window and he turned around and said fire fire fire!” says Dionne Laslo-Baker who lives nearby, “I looked out the window and realized its across the way. There was just red flames billowing.”

Neighbours say for years there have been growing concerns over the state of the property.

“We’ve noticed an increase in graffiti, swear words all over it, tagged, we’ve seen people coming and going,” says one neighbour.

“We are looking at some changes to the bylaw under the new fire safety act to provide us access to a building that’s inhabited and danger to the public that we’re able to do a removal,” says Cockle.

“I spoke to the representative of the owners earlier this morning and they’ve decided to demolish this building,” says Oak Bay Mayor Nils Jensen. 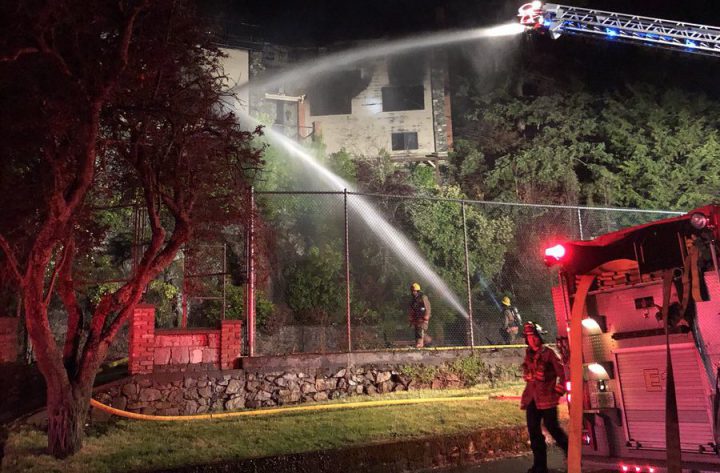 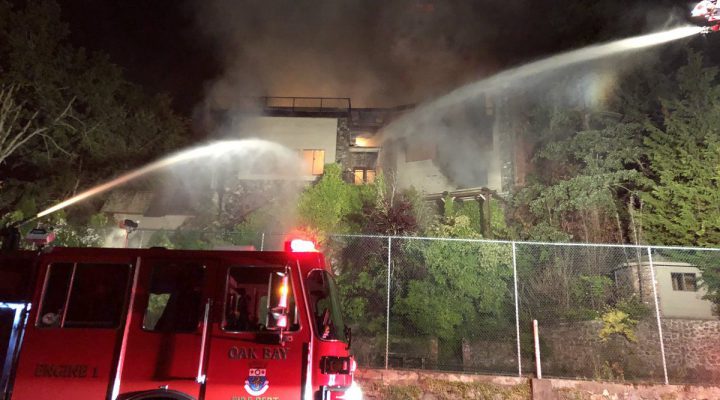 Oak Bay fire said the area was cleared around 3 a.m. and the investigation continues into what caused the fire.

Police say the site is still dangerous with an unstable rock wall.

The road is now open. This was an abandoned house. The site is still very dangerous with unstable rock walls, etc. Great work by @OakBayFireDept and our neighbouring Fire Depts! https://t.co/2gOD9nK22s 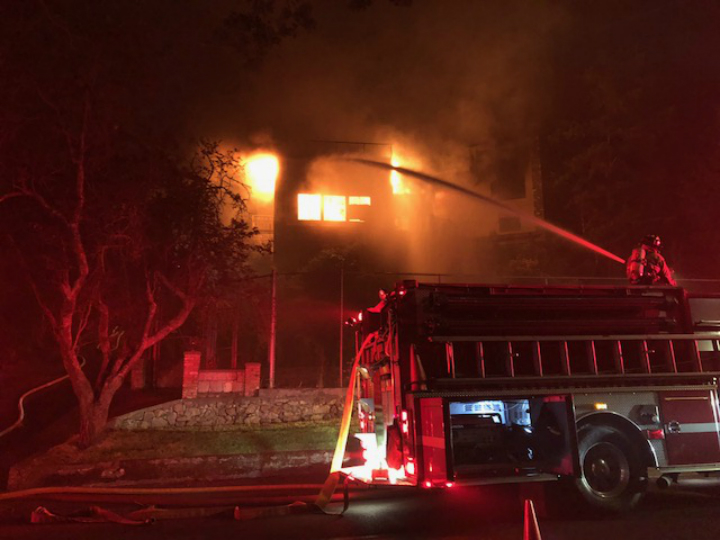 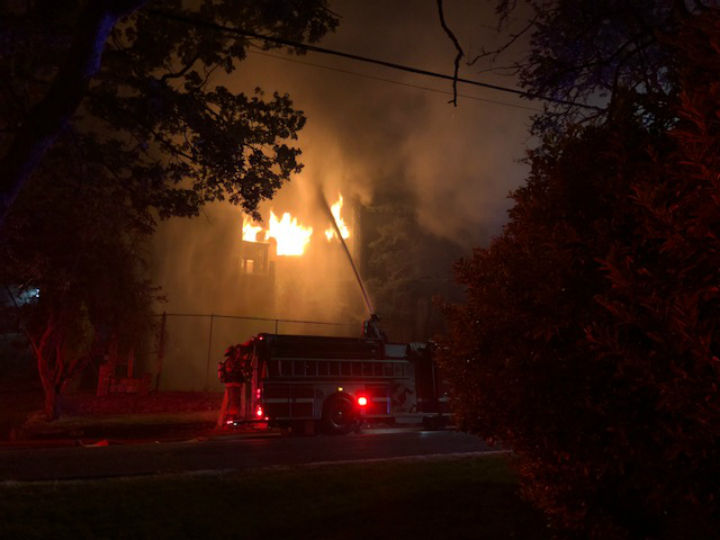 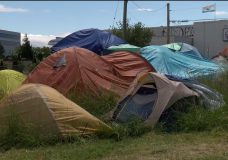 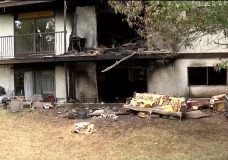